Mute your fact-checker before you enter the cinema 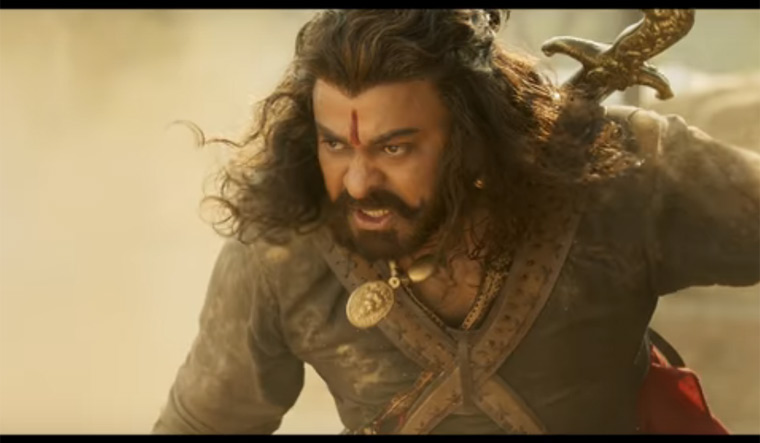 Sye Raa Narasimha Reddy is a war movie with a fine combination of exceptional direction and some really good acting. At 64, by getting into the skin of a celebrated colonial-era rebel, Chiranjeevi reminds the audience that he is not called ‘megastar’ for nothing. After ruling the Telugu film industry for more than three decades and amassing legion of fans from different generations, Chiranjeevi went missing from screen for almost a decade as he was busy dabbling in politics. Though his comeback movie was Khaidi No. 150 (2017), the latest outing was a real challenge to him as period movies like Baahubali have already set new benchmarks in terms of the treatment of lead roles and the content. This is precisely why it will take some time for regular viewers to reconnect with the old Chiranjeevi that they are used to, and appreciate him.

The story of Narasimha Reddy who raised a banner of rebellion against Britishers in 1840s is all over the internet. The makers of the movie, however, have tried hard to infuse a lot of fictional elements to add strength to the story-telling and bring in novelty. The movie begins with Rani of Jhansi (Anushka) giving a pep talk to her army just before a war with solders of British Raj, as part of which she narrates the heroic story of Narasimha Reddy.

The flashback introduces a young Reddy who hails from a family of feudatories in Rayalaseema region, which was acceded to the East India Company by the Nizam ruler. As a youngster, Narasimha Reddy witnesses the injustice meted out by the British to the locals and decides to fight them. His spiritual guru, Gosayi Venkanna (Amitabh Bachchan), guides him in his mission to fight the British who had stripped feudatories of their power and also imposed sanctions in the region. The first defiance against the British by Narasimha Reddy is in the form of conducting an annual fair and inviting all other feudatories of the region, much against the orders of the British.

A grown-up Narasimha Reddy meets Lakshmi (Tamannah) at the fair and they fall in love. It is here that other feudatories of the region played by Jagapathi Babu, Kichcha Sudeep and others are introduced. Meanwhile, a spat between Narasimha Reddy and a British major eventually leads to a full-scale war. While the first half showcases the character of Narasimha Reddy and his love story, the second half is action-packed with battles and guerrilla combats.

Director Surender Reddy scores big in climax which celebrates the legend of Narasimah Reddy. Chiranjeevi’s war cries have the potential to give an adrenaline-rush to the viewers. Nayantara as Narasimha Reddy’s wife has a small role to play but she stands out with her performance. Tamannah also impresses with her screen presence. Almost all the top actors—Amitabh Bachchan, Ravi Kishen, Kichha Sudeep and Vijay Sethupati—have done full justice to their roles. The background score and the title song “Sye Raa” are an asset to the intense scenes.

The movie’s biggest strengths are its visuals, especially the war scenes. Roping in of international stunt directors has enhanced the overall experience. Producer and son of Chiranjeevi, Ram Charan, has pulled out all stops in marketing the film and it did not go waste. In the end, though the product is worth appreciating, it cannot be called a biopic of Narasimha Reddy as a lot of events in the movie are historically questionable. If you can silence the fact-checker in you, watch the movie for Chiranjeevi and the action sequences.