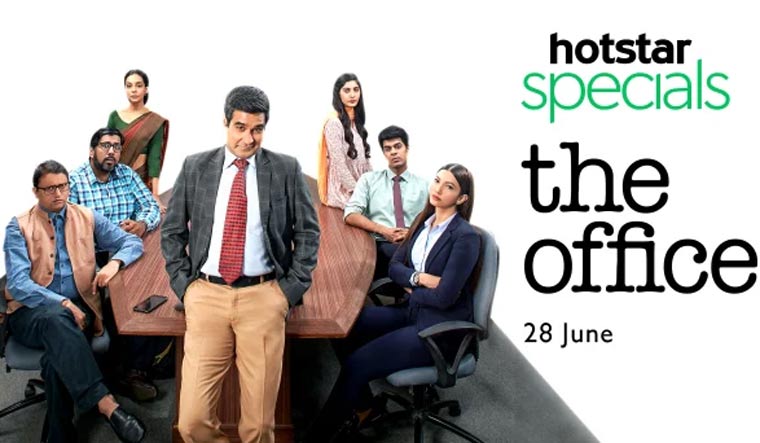 There is a moderately popular folk tale in Kerala, the story of a man whose greatest wish was to swim across the Arabian Sea and into the land of riches that awaited beyond. In preparation for his mission, he chose a 50-feet-long pond in his home village. He calculated that if he manages to finish one crore laps in the pond, he would succeed. He threw in an extra 1 lakh to account for the turbulent tides that might await him. As anyone might predict, he drowned on the very first day of his attempt at sea. The moral of the story: It did not matter how intricately you understood the first 50 feet of a task that lay ahead of you, but how well you knew the unpredictability of the next 50 feet that eluded your line of sight. And then the next, and so on.

When I watched the first season of the Indian version of The Office—a hit TV show starring Ricky Gervais in the UK, later adapted into a US version and six different languages—this tale came to mind.

The story unfolds at Wilkins Chawla paper company in Faridabad. The opening five minutes of the show give you an idea of what to expect throughout the season—for the large part, a shot-by-shot duplication of the US version.

Before long, it is amply clear—the cast understands its first 50 feet very well. In the performances of Chaddha, Sharma, Dutt and especially Dewan, we are treated to glimpses of the idiosyncrasies of the fun-loving Michael Scott, the unmotivated, prank-loving Jim Halpert, the timid Pam Beesly and the stick-up-his-behind authoritarian that is Dwight Schrute. Dutt’s TP (Dwight Schrute) is easily the most Indianised among the bunch, spouting non-stop nationalism and one-liners that miss more than they hit and often comes out artificial and forced (“Why are you cutting their allowances, TP?”; “But sir, think of our soldiers at the border”).

“I don’t know whether it was naivete, but the idea of taking on this role didn’t daunt me at all,” Chaddha told Scroll.in in an interview pre-release. “Maybe that was partly because I hadn’t seen the show till I had been called for the audition. He [character of Jagdeep] treats the office as his family. The mix between personal and professional, the boundary isn’t there for him. Which is also very sad because everybody doesn’t see it that way. He is loveable, but also very annoying and very politically incorrect.”

Dutt, in an interview to The Hindu, said he found his character of TP (Dwight Schrute) as someone who “likes to speak in shuddh Hindi, is very sanskaari, and he likes to use everything swadeshi”.

But, this raises a big question. How will they traverse the next 50 feet? Is Michael Scott merely a “loveable, annoying and politically incorrect character”? Or, as his evolution in subsequent seasons testifies, a man so thoroughly and irrevocably locked in a cage of utter loneliness that his absolute power over those who work underneath him manifests in occasional episodes of dark, malevolent sociopathy? Is Dwight Schrute really a man hiding his insecurities—borne out of a long and lonely fight to reach where he has reached—with a mask of ruthlessness and cruelty? Or is it actually a double façade? One that enables him to hide his sadistic, egomaniacal edges—smoothed over by rare instances of human tenderness and redemption—never more visible than his savage glee at the expense of his hapless friend Andy, with whose fiancée Angela he was having an affair.

In the first season, the Indian cast shows glimmers of potential in the shallow waters—the 50 feet that lies in front of their eyes. The question is: will it translate into the rough seas ahead? (Personally, I harbour a rather pessimistic take.)

When Hotstar announced The Office India project, millennial Twitter erupted in howls of dismay. “Why would you do that?” “Why ruin a cult classic?” “Cease and desist or I will cancel my subscription.”

Mukul Chaddha had reacted measuredly, saying he did not see it as criticism as no one had seen the show yet. "These comments on Twitter aren't based on anyone who has watched the show. So, I don't take it seriously. I found some comments hilarious. At some basic level, this is coming from the space of deep love for the series.”

Where the showrunners slipped up was in blindly aping the US series sans the regional and social undertones that shaped the narrative. Socio-economically, in the US, it was a time of de-industrialisation, growing unemployment and loss of basic human rights like healthcare (The Office US version episode 3). Geographically, Scranton is a quiet, sleepy suburb, irreconcilable with Faridabad.

One of the finest moments of the first season of the US version was the episode Diversity Day (Anekta Diwas in Indian version). In the midst of a mandatory diversity lecture, Michael Scott horrifies everyone with an uncensored version of African-American comedian Chris Rock’s groundbreaking ‘Black men and n*****s’ routine, following it up with a grotesque imitation of an Indian convenience store owner right to the face of Kelly Kapoor (Mindy Kaling). Nothing came close to representing the fraught race relations, and the schizophrenia and xenophobia in the post-9/11 US, on modern television than Carell’s demented performance.

Leave aside the fact that the makers directly imported the Diversity Day concept, something that is laughable and incompatible with the Indian milieu. In Anekta Diwas, the ‘Funjabi’ boss unleashes his inner Michael Scott with cringeworthy ‘madrassi’, ‘rasam’, 'coconut' and ‘sambar’ jibes, ending with a ‘gurkha’ joke and Chinese eye schtick aimed at a gentleman of supposed northeastern heritage. Why? What was the context behind this provocation? If such a topic was to be broached, there is no dearth of relevant issues to be raised. Trust me, a South Indian being called a ‘sambar-swilling madrassi’ (me being one, proudly) is not the worst thing to happen in deeply caste-ridden, religiously volatile workplaces across the country. The first season seems to be a saga of missed chances.

Final take: A recommended watch for those who have never seen the US or UK versions