The movie is problematic both in its theme and presentation 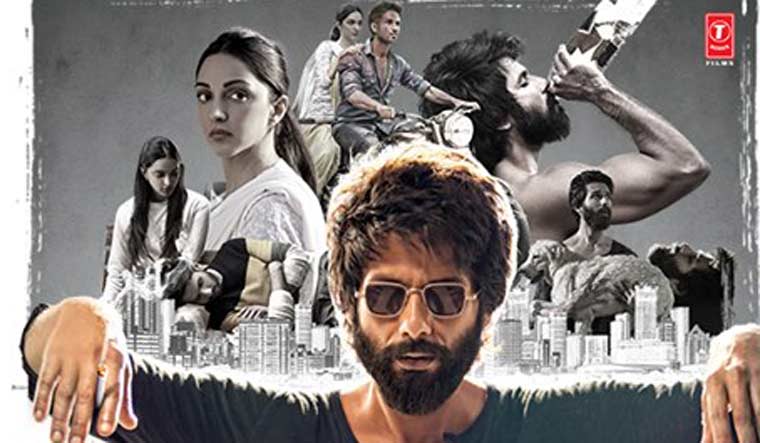 His friend tells him, "Frenchie pehan ke khada hoga toh pachaas ladkiyaan aise hi milengi (If you wear a brief and stand, 50 girls will come to you)”. This, after Kabir Singh (Shahid Kapoor), who plays the titular character in Sandeep Reddy Vanga’s Kabir Singh, manhandled and manipulated the girl he claims to love, bullied her classmates, assaulted her, threatened her to leave his family and given her an ultimatum to be with him in six hours.

The film, a remake of Vanga’s 2017 Telugu hit Arjun Reddy, is as problematic in its theme as it was when it was first conceptualised. Nothing has changed – neither the film’s core, nor the director’s vision. Vanga’s hero reeks of toxic masculinity, which is presented under the guise of a man dealing with anger management issues.

Don’t we always end up doing this? Hiding a man’s weakness under one or another pretext. Excuse him often because he is going through such and such things. One character in the film says, “Democracy me itna free-spirited hona possible nahi hai”. Very wisely, the harmful behaviour of the film’s hero is turned into being a “free-spirited soul”. He is forgiven frequently because may be his behaviour was misunderstood.

Misunderstanding or understanding is the major issue here. When the hero runs after his middle-aged house-help when she breaks a glass, with the cigarette pursed between his lips and an aggressive demeanour, the audience understand it to be comical. Almost the entire theatre laughs their hearts out. Perhaps, even the makers understood that it is going to add some comic relief to a film that is peppered with aggressive, uncalled for behaviours. Every now and then there is a little sentiment added to give it an emotional turnaround.

But does that really matter? The hero, an alcoholic and drug addict, threatens a girl with a knife and asks her to strip for him. He kisses a girl in the college’s patio without her consent, and asks her to cover herself up after the first time they have sex. There is entitlement – of being a “man” of course, but also of being the best in his medical college.

Kabir Singh is a bright student, who bullies everyone in his college and gains favourable feedback from the dean and the teachers. When he is denied something or is asked offer an apology, he bursts out in anger. Bringing a little balance to his life is his college buddy, Shiva (Sohum Majumdar), the voice of reason, at least till some part of the film. But by the end of the film, Kabir’s anger seems to have influenced Shiva partially, too. His genuine and selfless portrayal of the sidekick is marred with writing which requires him to scream and support his friend.

But what does one expect from a writer-director who has reduced the heroine to just a prop for taking the hero’s story forward. Advani has little to do in the film, except to stay silent and look down most of the time. And when she speaks, it is either for pleading or crying. Kabir says, it is 2019 and caste shouldn’t be an issue in the union of two lovers. But it’s 2019 and this is not what you expect girls to do, either. Especially, a girl who has been brought up to be ambitious, study medicine and do something worthwhile in her life.

As far as Kapoor goes, he is honest with his performance, like most of his other films. But is that enough to salvage him from the toxicity that he would spread with the theme of the film? Maybe, he will. After all, in the common parlance, everything is well if the end is well. And, we get a happy/tear-jerking ending after all.