With snow in days, Ukraine conflict braces for big escalation 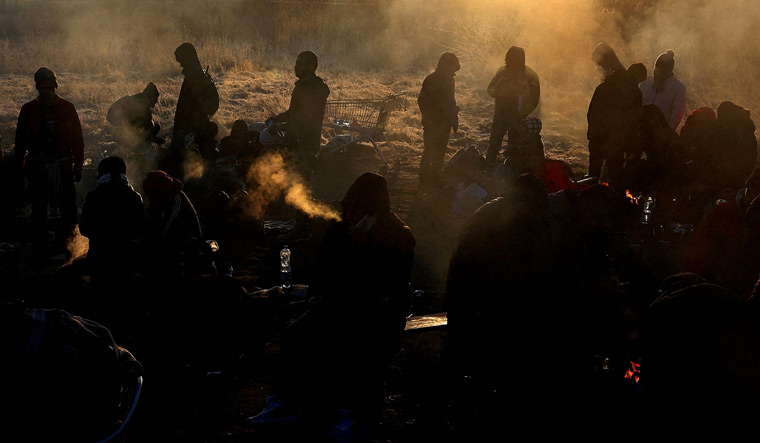 Just after the current spell of heavy rain plaguing the main war theatre in eastern and southern Ukraine, the conflict between Russian and Ukrainian forces is expected to head for a crescendo.

The current spell of rainy weather will make way for the winter snow with temperatures expected to drop and sub-zero temperatures likely to prevail henceforth.

This will lead to frozen grounds and will kick-start the current lull that is due to the rains leading to slushy grounds hampering military movement. But frozen grounds will enhance military mobility for both the warring sides.

The centre of the war theatre will possibly shift to the contested Luhansk and Donetsk provinces because the Kherson region has already reached its natural geographic boundary with the Dneiper river posing as the latest military frontline.

Russia is expected to hold the advantage in the upcoming few weeks because it has started deploying its cutting-edge military platforms including Su 35 fighters that boast substantial stealth capability.

On the other hand, weapons and missile stockpiles of the western bloc nations that have supported Ukraine all throughout the course of the conflict that began on February 24, are depleting steadily.

Ukraine is already under tremendous toil as Russia has bombed out most of the former’s power plants and other critical infrastructure projects.

The onset of winter will also result in tremendous hardships for the people as home-heating arrangements have been crippled. Drinking water, food availability, electricity supply, are already under unprecedented stress.

On Sunday, Davyd Heorhiyovych Arakhamiia (a.k.a. David Braun), an important leader of the Servant of the People party (Sluha Narodu), announced that the coming week is likely to be difficult and that the authorities are preparing for this. Arakhamiia said on Sunday: “Next week may be very difficult. Russians are planning new terrorist attacks against energy facilities.”

Ukrainian President Volodymyr Zelenskyy is a member of the Servant of the People party.

Very recent satellite pictures of the night sky over Europe have shown that most of Ukraine remain in an area of darkness while other regions are much lit up in contrast. This is due to the fact that Russian strikes have aimed at power infrastructures.

As a result of high levels of stress, tension is spilling out. On Saturday, Zelenskyy criticised Vitali Klitschko, a legendary boxer turned politician who is now the mayor of the capital city Kyiv, over the provision of emergency shelters. Zelenskyy said in his national TV address: “Unfortunately, local authorities have not performed well in all cities… In particular, there are a lot of complaints in Kyiv. To put it mildly, more work is needed.”