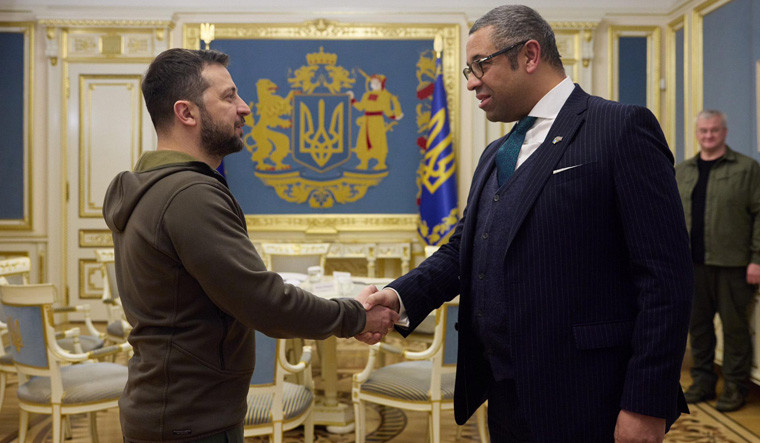 Cleverly said that the United Kingdom would support Ukraine as long as it takes and added that Russia would fail in its attempts to break Ukrainian resolve. In his first visit to Ukraine since assuming office as foreign secretary, Cleverly pledged financial aid for rebuilding critical infrastructure in the war-torn country, especially in the recently liberated regions.

According to a statement released by Cleverly's office, during the visit, Cleverly announced a further £3 million of support to the Partnership Fund for a Resilient Ukraine to rebuild vital local infrastructure. ”This comes as he and the Environment Secretary Thérèse Coffey announce that the UK is also committing £5 million for Ukraine-led initiative to ship grain to countries at risk of famine,” a statement said.

“The UK stands shoulder to shoulder with Ukraine. I have today announced a package of hands-on support for our Ukrainian friends in their fight, from ambulances to crucial support for survivors of the sexual violence carried out by the Russian military,” Cleverly said. He added that the new funding will be targeted to areas recently liberated from Russian control in southern Ukraine, including Kherson Oblast.