What Netanyahu's return as Israel PM means for India 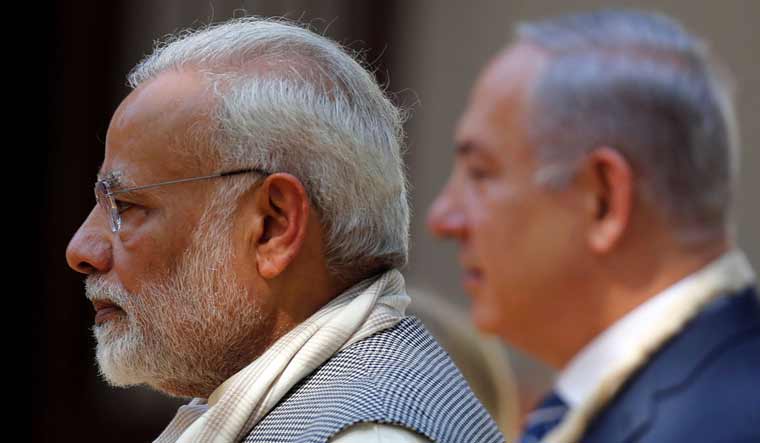 The bromance is back on display again. Prime Minister Narendra Modi was one of the first few leaders to reach out to congratulate Benjamin Netanyahu who is set to take over as prime minister of Israel after winning the closely fought elections.

"Mazel Tov my friend @netanyahu for your electoral success. I look forward to continuing our joint efforts to deepen the India-Israel strategic partnership," Prime Minister Modi said in a tweet.

This is the fifth election since 2019. The warm relationship between Netanyahu, the longest-serving Israeli leader, and Modi, has often been very much front and centre—especially, on social media. And it went beyond the usual Modi hug. In 2017, Netanyahu dressed in a black t-shirt, with Modi in blush pink, strolling on the beach, became a touchstone for bromance between two leaders. Modi was the first Indian prime minister to travel to Israel. This visit is considered a turning point in the relationship between the two countries.

Netanyahu's new term coinciding with the 30th anniversary of the establishment of the Indo-Israel diplomatic relationship is likely to spell greater heights for the relationship. On the cards is the Comprehensive Free Trade Agreement which is likely to boost trade links. Bilateral trade between the two countries has risen considerably. Figures that bilateral trade between Israel and India increased from 900 million dollars in 2000 to 7.86 billion dollars in 2021. “Furthermore, investments in the start-up and tech ecosystems have become quite significant,'' write former ambassador Navdeep Suri and Hargun Sethi in an article “30 years of bilateral ties: What Indo-Israeli relations look like'' for Observer Research Foundation. The article found that Israeli investment in Indian projects till 2021 has been valued at 270 million dollars, with Teva Pharmaceuticals, Ecoppia, and Naa’n Dan Jain being the top three notable investors in the clean energy, water management, and health domains. There is also considerable Indian investment with Adani group having acquired Haifa Port. It goes without saying that this is an agenda that the new prime minister will certainly push.

Prime Minister Narendra Modi can be credited with taking the Israel-India relationship out of the proverbial closet. If he became the first Indian prime minister to visit the country, Pranab Mukherjee became the first President to travel to Israel. In 2015, Mukherjee made history by going to Israel. In the past few years—and very much during Netanyahu's tenure—India has made strides in cementing its relationship with Israel.

Going beyond just trade, India and Israel have now got strong military ties. And it is one area that again has grown during Netanyahu's tenure. Israel contributes to 40 percent of India's arms imports. It was only post Modi's visit to Israel in 2017, that space of cyber security received a boost. “Since then, various Israeli unicorns such as Wiz, Orca Security, and Coralogix have opened up operations in India,'' write Suri and Sethi.

While the bromance may be awaiting a sequel, one thing is for certain— the romance between India and Israel is here to stay. If Modi was quick to welcome Netanyahu, he also thanked outgoing prime minister Yair Lapid for his contribution to the relationship. “Thank you, for your priority to the India-Israel strategic partnership. I hope to continue our fruitful exchange of ideas for the mutual benefit of our peoples,” tweeted Modi.