The US congratulated Lapid on becoming PM too 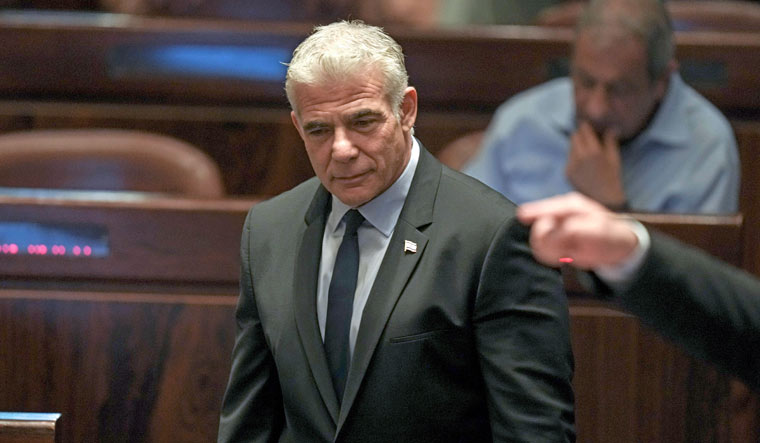 Prime Minister Narendra Modi on Friday congratulated Yair Lapid for assuming the premiership of Israel and said he looks forward to furthering the bilateral strategic partnership as the two countries celebrate 30 years of full diplomatic relations.

Israel's Parliament voted Thursday to dissolve itself and send the country to the polls in November for the fifth time in less than four years.

"Warm wishes and heartiest congratulations to His Excellency @yairlapid for assuming the premiership of Israel. I look forward to continue furthering our strategic partnership as we celebrate 30 years of full diplomatic relations," Modi said in a tweet.

"Thank you His Excellency @naftalibennett for being a true friend of India. I cherish our fruitful interactions and wish you success in your new role," Modi said in another tweet.

The US congratulated Lapid on becoming PM too. The US government offers its "warmest congratulations" to new Israeli Prime Minister Yair Lapid, Secretary of State Antony Blinken said on Thursday, Reuters reported.