She faces about 20 charges including corruption 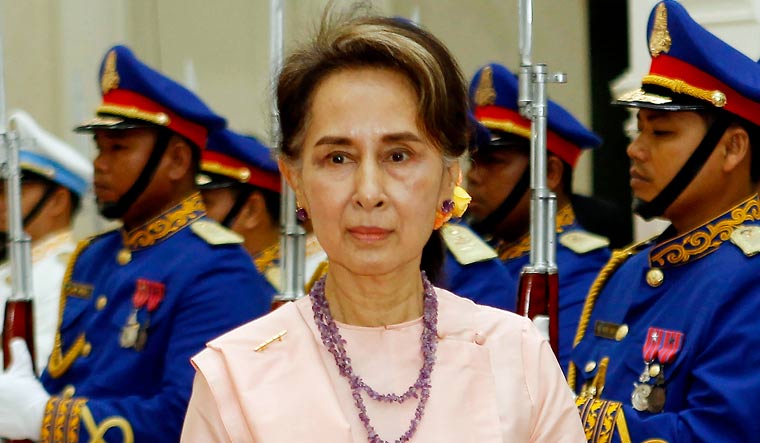 Myanmar's ousted leader Aung San Suu Kyi's has been moved from a courtroom to a prison. Military leaders made the move without any explanation, Reuters reported.

77-year-old Suu Kyi was ousted in a coup last February. She faces about 20 charges including corruption and misusing her position to obtain rental properties at lower-than-market prices for the foundation named after her mother. Suu Kyi has already been sentenced to six years imprisonment after being convicted of illegally importing and possessing walkie-talkies and violating coronavirus restrictions. She is also being tried on the charge of violating the Official Secrets Act, which carries a maximum sentence of 14 years. Suu Kyi denies all charges.

Despite the various charges against her, Ming Aung Hlaing, Myanmar's Junta leader has allowed Suu Kyi to remain in detention at an undisclosed location in the capital Naypyitaw.

Thanks to a gag order on her lawyers, Suu Kyi has access to them only on trial days. Her marathon proceedings have been taking place behind closed doors-- only limited information has been relayed to state media.