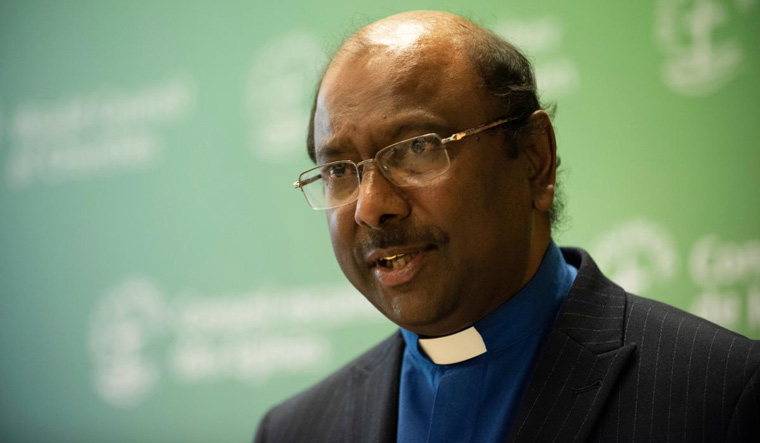 Rev Prof Dr Jerry Pillay was elected as the new general secretary of the World Council of Churches (WCC) on Friday at the central committee meeting held in Geneva.

Rev Pillay, a citizen of South Africa, will take up his position on January 1 next year as the WCC's eighth general secretary. He is the first Indian-origin general secretary of the WCC. He will replace outgoing acting general secretary Rev Prof Dr Ioan Sauca who began serving in that position in April 2020 when the previous general secretary, Rev Dr Olav Fykse Tveit, was appointed as the presiding bishop of the Church of Norway.

The general secretary serves as the WCC’s chief executive officer, and leads the WCC’s work.

Rev Pillay, 57, is a member of the Uniting Presbyterian Church in Southern Africa. A professor of Systematic and Historical Theology at the University of Pretoria, he is currently serving as the dean of the Faculty of Theology and Religion at the university.

The WCC, founded in 1948, brings together churches, denominations and church fellowships in more than 120 countries and territories throughout the world, representing over 580 million Christians and including most of the world's Orthodox churches, scores of Anglican, Baptist, Lutheran, Methodist and Reformed churches, as well as many United and Independent churches. While the bulk of the WCC's founding churches were European and North American, today most member churches are in Africa, Asia, the Caribbean, Latin America, the Middle East and the Pacific. There are now 352 member churches.

Rev Pillay was one of two candidates standing for election to the WCC's highest administrative post. The other candidate was Dr Elizabeth Joy.

Dr Agnes Abuom, WCC central committee moderator, shared words of congratulations and blessings for Rev Pillay’s new ministry. “May the WCC global fellowship warmly welcome you, pray for you, and show you in every way that we care for you as you take on important leadership in our ongoing journey toward Christian unity,” she said. “You and the ecumenical movement are making history—and forming a future in which we can live out God’s love for one another and for all.”