Joseph Zen was arrested on Wednesday and released on bail 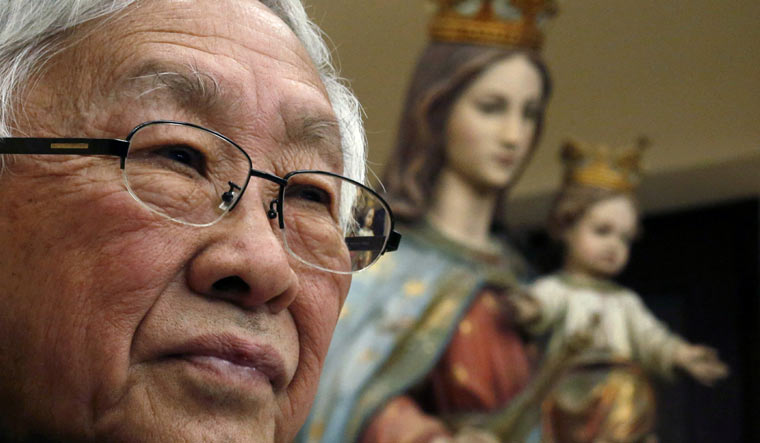 A senior Roman Catholic cardinal was among four people who were arrested by Hong Kong police on Wednesday on suspicion of colluding with foreign forces to endanger China's security.

The arrests were apparently related to their roles as trustees of the 612 Humanitarian Relief Fund, which provided legal aid to people who took part in the 2019 pro-democracy protests that were quashed by security forces. The fund closed in 2021.

Zen was released on bail shortly after he reached the police station. South China Morning Post reported on Thursday that the arrest of Cardinal Zen had sent “shock waves” among Christians in Hong Kong, who are fearing persecution.

Zen was formerly the senior-most Roman Catholic priest in Hong Kong. Activists have referred to him as the “conscience of Hong Kong” for his consistent criticism of the Hong Kong government and China. Despite retiring from the clergy in 2009, Zen still commands influence in Hong Kong as Christians hold senior positions in government and education.

Zen, who was born on the mainland, fled to Hong Kong after the Communist takeover in 1948. He had attempted to build ties with the state-controlled Catholic church in China. However, “he also said those experiences showed him the lack of religious freedom in China and fed a deep distrust of the officially atheist ruling party,” Associated Press reported.

Zen had also criticised the Vatican for ceding authority to the Chinese government to appoint bishops in the mainland. He had warned in 2018 that an agreement between China and the Vatican on appointment of bishops would result in putting Catholics in the country in a “bird cage”.

Chinese Communist figures had labelled him as a Vatican agent.