Prince Charles steps in to deliver Queen's Speech at UK Parliament, as rumours of health circulate

The speech sets the government's legislative agenda for the year ahead 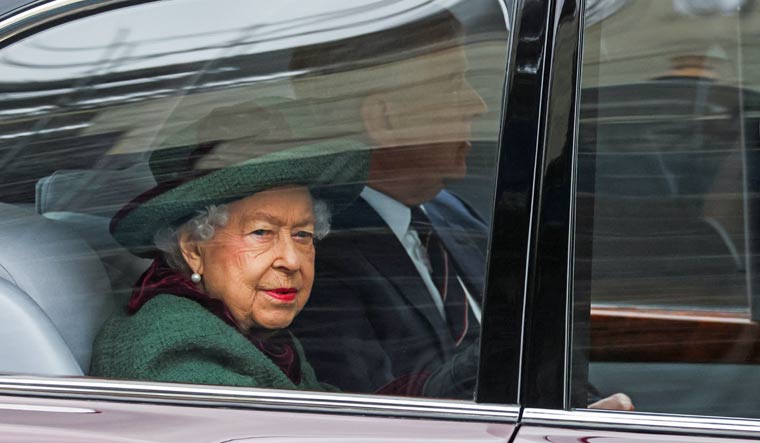 In what is seen as a defining moment for the British monarchy, Prince Charles stepped in to deliver the Queen's Speech on Tuesday to mark the ceremonial state opening of the UK's new Parliament session.

The speech, which sets the government's legislative agenda for the year ahead, is traditionally delivered by the monarch. But with 96-year-old Queen Elizabeth II experiencing some mobility issues, her 73-year-old son and heir was deputed to read out the agenda to a gathering of members of Parliament and peers of the House of Lords.

The Queen, who missed the event for the first time in nearly 60 years, reportedly watched proceedings on a television from her Windsor Castle residence.

Before now, the Queen has only missed the opening of Parliament twice during her time on the throne  in 1959 and 1963 when she was pregnant.

The ceremony, however, was adjusted to highlight that the Queen is still very much in charge, as reflected in the presence of the imperial crown placed on a seat next to Prince Charles, the Prince of Wales.

He was accompanied by wife Camilla, the Duchess of Cornwall, and son Prince William, the Duke of Cambridge, at the Palace of Westminster.

Charles opened the Speech, which is prepared by the government of the day, with a focus on the priority issue of addressing the cost-of-living crisis.

"Her Majesty's government will level up opportunity in all parts of the country and support more people into work," he said.

"Her Majesty's government will continue to champion international trade, delivering jobs across the country and growing the economy. Legislation will be introduced to enable the implementation of the United Kingdom's first new Free Trade Agreements (FTAs) since leaving the European Union," the Speech read, with reference to FTAs clinched with Australia and New Zealand.

One bill also proposes tougher penalties for protest groups, like Insulate Britain and Extinction Rebellion, which use disruptive tactics. MPs and peers will now spend several days debating the contents of the Queen's Speech in Parliament.

While British Prime Minister Boris Johnson warned that the government could not "shield everyone" from the effect of global inflation, the Opposition Labour Party said the Conservatives were "not up to the task of growing the economy".

The Liberal Democrats added that the Queen's Speech "does nothing to help the millions of families and pensioners facing soaring bills and eye watering inflation".