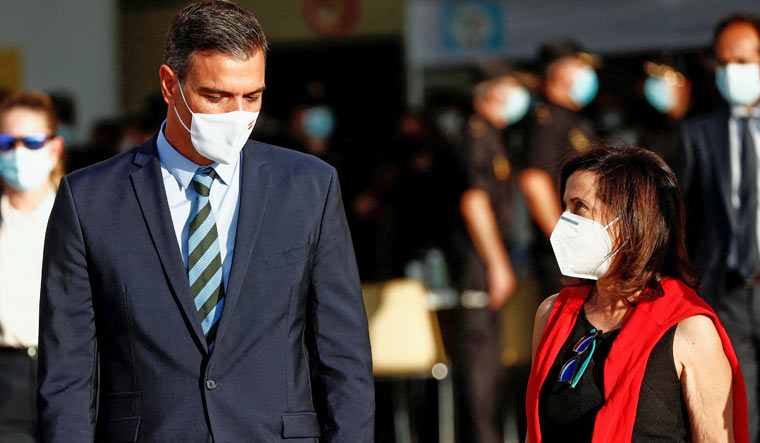 The phone of Spanish Prime Minister Pedro Sanchez was, last year, infected with Pegasus spyware, authorities have said. The phone of the defence minister Margarita Robles was infected with the spyware too, government minister for the presidency, Felix Bolanos, said, a Reuters report reads.

"The interventions were illicit and external. External means carried out by non-official bodies and without state authorisation," he said. Bolanos also said that the infections were reported to the justice ministry and that the High Court would be in charge of the case.

Sanchez's phone was infected in May 2021 and at least one data leak had occurred since then. It isn't known who could have been spying on the Spanish premier or if any Spanish groups were behind it.

Bolanos said the targeting must have come from abroad as any such monitoring in Spain would have had required judicial authorisation, the Guardian reported. The phones of other members of the government are being examined to determine whether they have been infected.

Spanish authorities have been facing questions as to how Pegasus spyware was used to monitor members of the Catalan independence movement.