The situation for the staff "was worsening" at the site 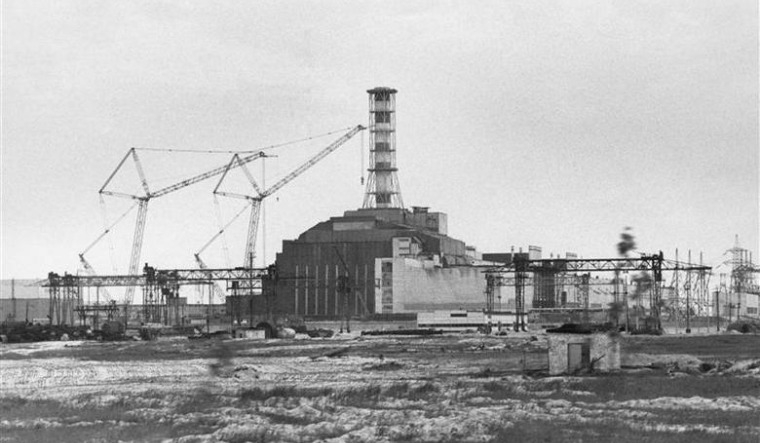 The UN's atomic watchdog said Tuesday that the Chernobyl nuclear power plant is no longer transmitting data, expressing concern for workers working under Russian security at the Ukrainian facility.

On February 24, Russia invaded Ukraine and took control of the decommissioned Chernobyl nuclear power station, which was the site of a 1986 tragedy that killed hundreds of people and sent radioactive contamination over Europe.

The International Atomic Energy Agency said in a statement that its chairman Rafael Grossi "indicated that remote data transmission from safeguards monitoring systems installed at the Chornobyl NPP had been lost," an AFP report reads.

More than 200 technical professionals and security personnel have been stuck at the site for the past 13 days since the Russian takeover.

Citing the Ukrainian nuclear regulator, the IAEA said, the situation for the staff "was worsening" at the site.

The defunct plant is located at an exclusion zone alongside decommissioned reactors and radioactive waste facilities.

“I'm deeply concerned about the difficult and stressful situation facing staff at the Chornobyl nuclear power plant and the potential risks this entails for nuclear safety,” Grossi said

“I call on the forces in effective control of the site to urgently facilitate the safe rotation of personnel there,” he added. The IAEA is now able to contact the plant only via email. Grossi expressed his willingness to travel to the site or elsewhere to secure “the commitment to the safety and security” of Ukraine's power plants from all parties.