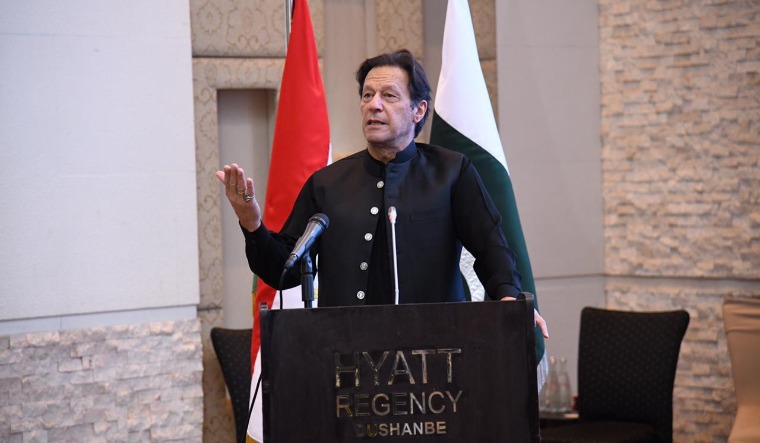 Pakistan has raised a whopping $1 billion loan through the Sukuk bond at a record 7.95 per cent interest rate, the highest cost that the cash-strapped country has agreed to pay in its history on an Islamic bond, and has also agreed to pledge a portion of the Lahore-Islamabad Motorway in return for the much-needed loan, media reports said on Tuesday.

The Ministry of Finance said the country had to raise the loan to keep the official foreign exchange reserves at their levels ahead of some major foreign loans’ repayments, The Express Tribune newspaper reported.

The government led by Prime Minister Imran Khan went to international capital markets after it consumed nearly $2 billion out of the  $3 billion borrowed from Saudi Arabia one-and-half months ago, which brought down the gross official foreign exchange reserves to $17 billion as of January 14, it said.

Pakistan has issued the 7-year tenor asset-backed Sukuk bond to raise $1 billion at an interest rate of 7.95 per cent, the Ministry of Finance said.

The rate is almost half per cent higher than even the 10-year Eurobond that the government had floated in April last year.

The key difference between the Islamic Sukuk and traditional Eurobond is that the Islamic bond is backed by an asset that attracts less interest rate.

However, the government has paid the interest rate on an asset-backed bond, which is higher than the traditional tenor bond.

Pakistan has agreed to pledge a portion of the Lahore-Islamabad Motorway (M2) in return for the loan -- a national asset built in the 1990s that is now used to raise debt from the international capital markets.

However, the Ministry of Finance said that a nearly 8 per cent interest rate should be seen in the context of a rise in the interest cost around the globe after the US Federal Reserve indicated increasing the interest rates from March.

The ministry received over $3 billion bids at the indicated rates.

In the fiscal year 2017, Pakistan had borrowed USD 1 billion for five years through Sukuk at a 5.625 per cent interest rate -- which at that time was 5 per cent higher than the benchmark five-year US paper.

It is the highest rate that Pakistan has ever paid in its history on an Islamic bond, which indicates the desperation of the country that has long been building its official foreign exchange reserves by taking expensive foreign loans.

However, the reserves again fell slightly over $17 billion as of January 14, indicating that the government has already eaten up nearly $2 billion of the Saudi loan.

The current account deficit has widened to $9.1 billion during the first half of the current fiscal year -- a figure that is almost equal to the level State Bank Governor Dr Reza Baqir had projected for the full fiscal year.

In August last year, Dr Baqir had said that the current account deficit would remain in the range of $6.5 billion to $9.5 billion in the current fiscal year 2021-22. But the threshold is almost breached six months before the close of the fiscal year.

Compared with short-term expensive commercial borrowing, long-term bonds are considered the preferred choice of instruments due to their longer maturity and no conditions attached.

However, the kind of interest rates that the PTI government is offering to foreign investors is unprecedented in the history of the country, the report said.

It is the second time in the current fiscal year that the government is conducting the capital market transaction. Earlier it had raised $1 billion in July last year, according to The Express Tribune report.