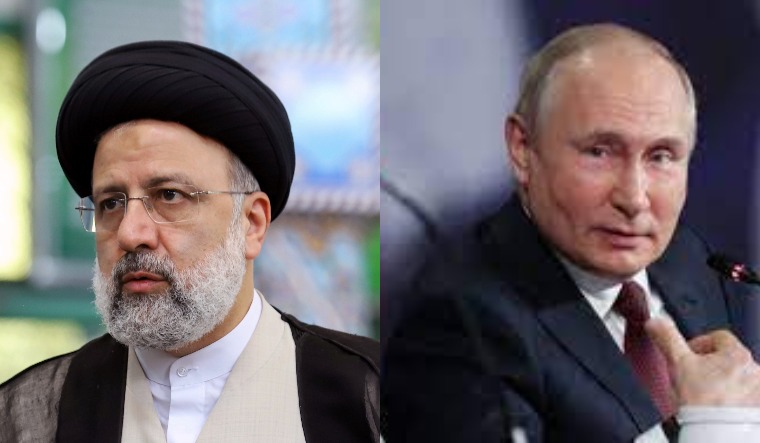 The Kremlin announced that Russian President Vladimir Putin will meet with his Iranian counterpart Ebrahim Raisi in Moscow on Wednesday for talks aimed at restoring the Iran nuclear accord.

Raisi's trip to Russia will be his most major official visit since taking office in August, and the first by an Iranian president since 2017.

On December 9, 2021, Russian President Vladimir Putin uses a video link to attend a meeting of the Presidential Council for the Development of Civil Society and Human Rights at the Novo-Ogaryovo official residence outside of Moscow.

Raisi, along with Iran's oil, foreign, and economy ministers, will go to Russia for two days on Wednesday, Iran confirmed, reads an AFP report.

Raisi will address the Russian lower house of parliament, the State Duma, on Thursday, according to a Russian politician, while TASS news agency reported a source as saying he will meet with religious leaders at Moscow's biggest mosque.