Israel not bound by any Iran nuclear deal: Bennett

Israel says it will maintain ‘full freedom of action’ 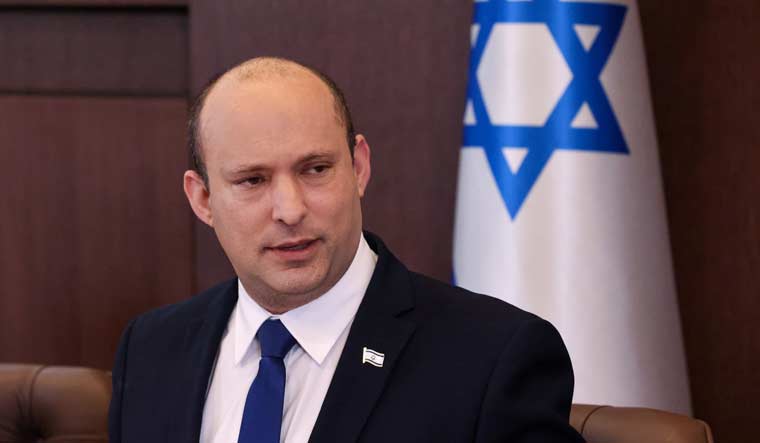 With nuclear talks with Iran just a week into the process after resuming in Vienna, Israel’s Prime Minister Naftali Bennett has said Israel would not be bound by any nuclear deal with Tehran.

"In regard to the nuclear talks in Vienna, we are definitely concerned ... Israel is not a party to the agreements," Bennett said in public remarks, in a briefing to a parliamentary committee.

"Israel is not bound by what will be written in the agreements, if they are signed, and Israel will continue to maintain full freedom of action anywhere any time, with no constraints," he said.

Israel has long said it would not allow Iran to acquire nuclear weapons and has hinted at a military response in case such a scenario takes place. In November, Israeli security official told the BBC that the country was preparing for all “options and scenarios, including military capabilities”.

Israel has conductive pre-emptive strikes in the past to prevent hostile regional powers from acquiring nuclear missiles. In 1981, Israel conducted Operation Opera, a surprise airstrike on an unfinished Iraqi nuclear reactor. In 2007, it performed a similar strike on an alleged unfinished nuclear reactor in Syria.

Iran has blamed Israel for cyberattacks on its nuclear facilities, including an incident in April last year at the Natanz reactor. In 2020, Iran’s chief nuclear scientist was killed in an alleged Mossad operation that utilised an unmanned drone.

In 2020, IDF chief Aviv Kohavi told the Institute for National Security Studies conference that the country’s military was preparing renewed plans for a strike on Iran’s nuclear programme.

Israel is believed to have its own clandestine nuclear programme, though the government has never formally admitted to this.