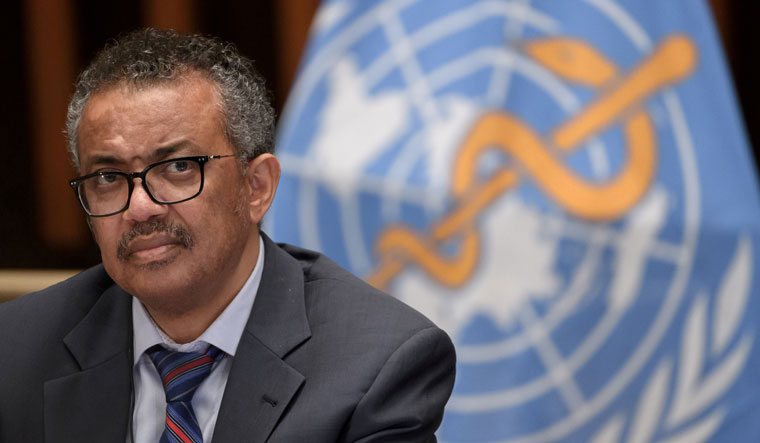 The UN chief said the regions that are most vulnerable to climate change also suffer from insecurity, poverty, weak governance and the scourge of terrorism. Guterres told a UN Security Council meeting on the link between climate change, conflict and terrorism that when climate disruptions hinder the ability of government institutions to provide public services, it fuels grievances and mistrust towards authorities.

And when the impact of climate change leads to people losing livelihoods, the promises of protection, income and justice -- behind which terrorists sometimes hide their truce designs -- become more attractive, he said.

In Africa's Lake Chad basin region, Guterres said, the extremist group Boko Haram has been able to gain new recruits, particularly from local communities disillusioned by a lack of economic opportunities and access to essential resources.  In central Mali, terrorist groups have exploited the growing tensions between herders and farmers to recruit new members from pastoralist communities, who often feel excluded and stigmatized, the secretary-general said.

In Iraq and Syria, Islamic State extremists have exploited water shortages and taken control of water infrastructure to impose its will on communities he said, while in Somalia charcoal production has been a source of income for the al-Shabab extremist group.

Guterres said that climate impacts compound conflicts and exacerbate fragility, adding that UN peacekeeping or political missions are in eight of the 15 countries most exposed to climate risks. He did not name the countries.

The UN chief urged collective action to address the root causes of insecurity, stressing that conflicts and terrorism do not take place in a vacuum.  He urged increased investment to help developing countries adapt to the impact of climate change, saying developed countries must keep their promise to provide at least $100 billion a year to developing countries for climate action. He said these costs are expected to reach up to $300 billion a year by 2030.

Niger's President Mohamed Bazoum, whose country holds the Security Council presidency this month and chaired the meeting, said in Africa's Sahel region, where his country is located, a key challenge is fighting terrorists whose hateful acts on a daily basis are shaking the foundation of democratic states. Among these challenges we also have climate change which by reducing access to resources is increasing poverty and all the scourges that go with that, he said.

Bazoum expressed hope the Security Council would adopt a resolution that Niger and Ireland are co-sponsoring. It would recognize a link between ensuring international peace and security, which is the council's mandate, and the fight against terrorism and the effects of climate change.

He said the Sahel and the Lake Chad Basin illustrate the interaction between the effects of climate change and peace and security.

The consequences of this phenomenon -- and we still don't know how widespread it is -- has led to the disintegration of the social fabric and the well-being of the populations forced into unbridled competition for access to resources which are becoming rarer, Bazoum said.

The result is often inter-community conflicts and increased migration, and even more worrying, this situation has contributed to feeding violent extremism and large-scale crime, leading some young people to join organized criminal and terrorist networks who previously enjoyed the riches and biodiversity of their regions. Irish Ambassador Geraldine Byrne Nason said the Security Council has a responsibility to break this vicious and self-reinforcing cycle.

She urged support for what she called the critical resolution, saying: This council must recognize and accept its role in the fight against climate change. We need to integrate climate-related security risks into our conflict resolution, prevention and mediation efforts, Byrne Nason said. Doing so will help maintain international peace and security. Failure to do so is unconscionable.

But Russia's ambassador, Vassily Nebenzia, whose country has veto power in the council, said: For us, the connection between terrorism and climate change is not clear. He said the potential for work on this issue should be carried out in other UN bodies like the General Assembly, the Economic and Social Council or the UN Framework Convention on Climate Change. He said the Security Council should focus on overcoming potential conflicts and future ones.