Eighteen jurors have been hearing the case 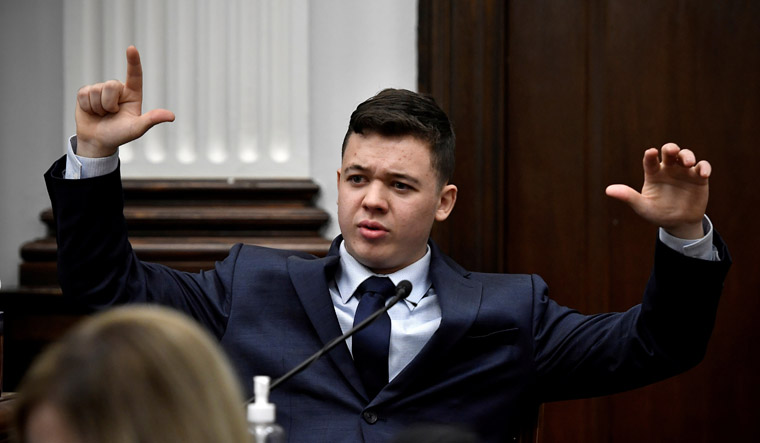 Jurors were set to begin deliberating Tuesday at Kyle Rittenhouse's murder trial after two weeks of testimony in which prosecutors and defense attorneys painted starkly different pictures of his actions the night he shot three men on the streets of Kenosha.

Prosecutors claimed in closing arguments Monday that Rittenhouse was a wannabe soldier who provoked the bloodshed by bringing a semi-automatic rifle to a protest and menacing others, then walking off like a hero in a Western after killing two men and wounding a third.

But Rittenhouse's lawyer countered that Rittenhouse acted in self-defense after being ambushed by a crazy person he feared would wrest away his gun and use it to kill him.

Jurors listened to a full day of arguments before being told to return in the morning for the start of deliberations in the case that has stirred fierce debate in the U.S. over guns, vigilantism and law and order.

Eighteen jurors have been hearing the case; the 12 who will decide Rittenhouse's fate and the six who will be designated alternates were to be determined by a drawing from a raffle drum.

Rittenhouse, then 17, opened fire during a  tumultuous night of protests against racial injustice in the summer of 2020.

He said he went to Kenosha from his home in Antioch, Illinois, to protect property from rioters in the days after a Black man, Jacob Blake, was shot by a white Kenosha police officer. Rittenhouse, a former police youth cadet, is white, as were those he shot.

In closing arguments, prosecutor Thomas Binger said Rittenhouse was looking for trouble that night, and he repeatedly showed the jury drone video that he said depicted Rittenhouse pointing the AR-style weapon at demonstrators.

Rittenhouse, now 18, faces a mandatory sentence of life in prison if convicted of the most serious charge against him, first-degree intentional homicide, which is Wisconsin's top murder charge.