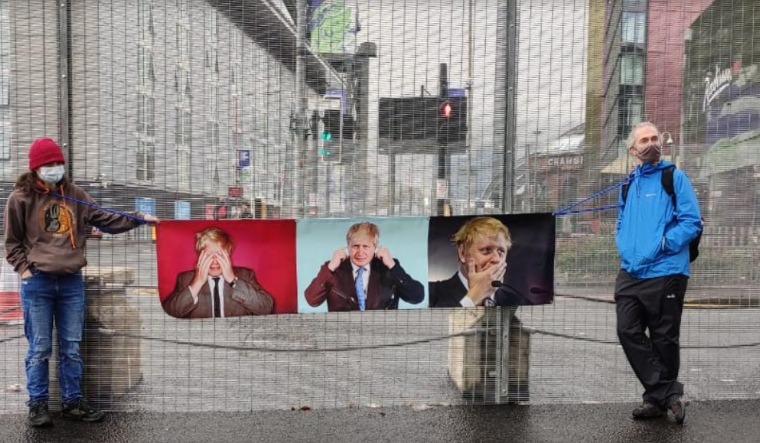 The meeting of the leaders of G20 member states in Rome a day before the Conference of Parties 26 (COP26) summit in Glasgow might set the trajectory for the two weeks of climate deliberations.

The joint statement from the G20, a meet of the world's 20 richest countries, is measured when it comes to the pages on climate change mitigation. Two important words, “national circumstances”, have put a spanner in the Global North's attempt to force the rest of the world to do more and raise climate ambition. These two words appear before most of the new concepts that the West is trying to introduce into climate change management, such as the methane pledge and net zero.

“We commit to significantly reduce our collective greenhouse gas emissions, taking into account national circumstances and respecting our nationally determined commitments...” says the statement. Later on, it again says, “We acknowledge that methane emissions represent a significant contribution to climate change and recognise, according to national circumstances, that its reduction can be one of the quickest, most feasible and most cost-effective ways to limit climate change...''

Pressure from countries like India is apparent in the wording of the statement, which is forced to accept that while the ideas may be agreeable in general, putting them into action is not feasible for those nations whose energy requirement is way below western averages, and that they cannot push back the development of their people even as they work towards addressing rising emissions.

The European Union, UK and US had hoped that the statement would be more forceful. The previous discussions at the ministerial level of the G20 countries in July, too, could not evolve a consensus, with both India and China refusing to sign up on phasing out coal, which many countries wanted to achieve as early as 2025. The two nations also insisted that the language around the 1.5 and 2 degrees’ conversation not be used to change goalposts.

The Paris Agreement said the effort should be to keep temperature rise within 2 degrees of pre-industrialised era levels, and the attempt be made to stay within 1.5 degrees. Now some countries are attempting to raise the ambition. In fact, at the inauguration of the climate meet on Sunday, COP26 president Alok Sharma didn't even mention 2 degrees, he emphasised on 1.5 degrees.

The hypocrisy of the West rankles even its own citizens. Dan Collicot, data scientist in Scotland, had a banner ridiculing British Prime Minister Boris Johnson. “He's a hypocrite, asking poor countries to sort themselves out and not doing so himself. He has made reductions in duty on internal flights, how does that help climate mitigation?”

The developing world has dug its heels in for the demand to be allowed to grow, to get more of the remaining carbon budget. As one observer pointed out, if 20 countries could not agree, how does anyone expect around 200 of them to agree.

As the leaders head from Rome to Glasgow, they will be joined by several others, like Bangladesh's Sheikh Hasina. Their speeches on November 1 will be a clear indicator on how the negotiations proceed. The definition of a successful summit will vary, depending upon which perspective it is regarded from.