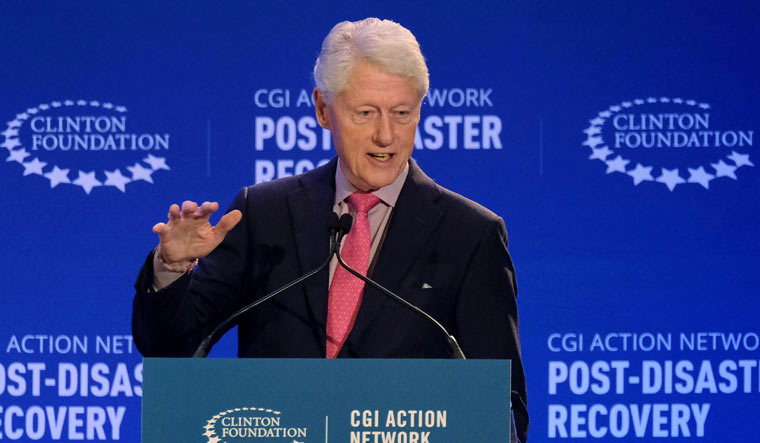 A spokesperson for Bill Clinton announced on Thursday that the former US president had been hospitalised with a 'non-COVID-related' infection.

Urea announced Bill Clinton was "on the mend, in good spirits". The spokesperson said Clinton had been administered antibiotics and fluids. CNN reported Clinton was diagnosed with a urinary tract infection that spread to his bloodstream.

After two days of treatment, his white blood cell count was trending down and he was responding to antibiotics well, doctors said.

Clinton has experienced health issues in the years since he demitted office in 2001. "In 2004, he underwent quadruple bypass surgery after experiencing prolonged chest pains and shortness of breath. He returned to the hospital for surgery for a partially collapsed lung in 2005, and in 2010 had a pair of stents implanted in a coronary artery. He responded by embracing a largely vegan diet that saw him lose weight and report improved health," Associated Press reported.