Why did Austria's Chancellor Sebastian Kurz step down?

Kurz has reiterated that allegations against him were “false" 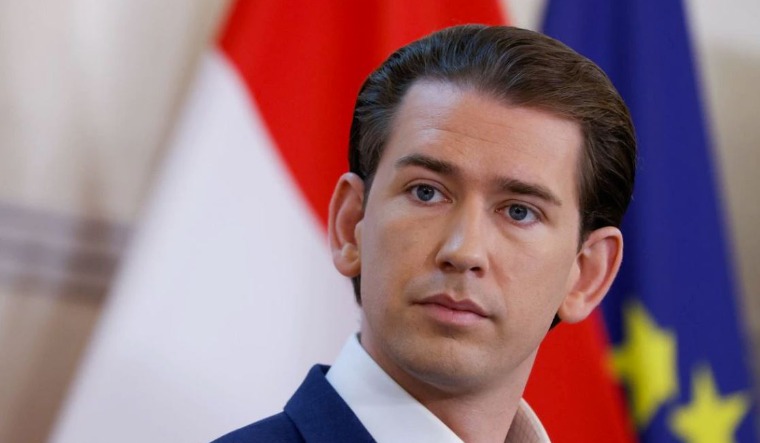 Austria’s Chancellor Sebastian Kurz, on Sunday, stepped down, following pressure on him amid an investigation into a corruption scandal.

Kurz said he stepped down to “make space to prevent chaos”. In 2017, Kurz became the youngest democratically elected leader at 31.

“We need stability,” Kurz said, adding it would be “irresponsible” to allow Austria to “slide into months of chaos or gridlock” while the EU member of almost nine million fights the pandemic. After prosecutors raided several locations linked to his People’s Party, pressure on Kurz to resign came from all sides, including from his own junior coalition partner the Greens.

The prosecutors announced that Kurz and nine other individuals were under investigation over claims that between 2016 and 2018, government money was used in a corrupt deal to ensure positive media coverage, an AFP report reads.

Kurz has reiterated that allegations against him were “false.”

Kurz faces allegations of using public money to bribe pollsters and journalists. Text exchanges between him and his aides published in court filings show him as a cutthroat politician who would do anything to gain power. Kurz stepping down raises questions over whether the People’s Party will be able to remain in power for the remainder of the term, till 2024.

Kurz stated that he would recommend Foreign Minister Alexander Schallenberg as the future chancellor while remaining as the leader of the OeVP and a member of parliament.

Werner Kogler, the vice-chancellor and leader of the Greens, said he would meet with Schallenberg on Sunday to discuss how the coalition will continue to rule and called Kurz's departure an "appropriate and important step."

Kurz was "no longer suited for office," according to Vice-Chancellor and Greens leader Werner Kogler, who requested the OeVP to name a new chancellor on Friday.

Opposition parties, on the other hand, chastised the Greens for continuing to collaborate with the OeVP despite the suspicions of corruption.

Kurz will continue to tug the strings "from the shadows," according to Pamela Rendi-Wagner, the head of the Social Democrats.

The Greens said the probe created a “disastrous” impression. In a separate case, anti-corruption authorities put Kurz under investigation in May on suspicion of making false statements to a parliamentary commission, an allegation he also rejected, an AP report reads.

Prosecutors allege that between 2016 and 2018, finance ministry resources were used to support “partially faked opinion polls that served an exclusively party political interest” in the current incident.

This corresponds to the period when Kurz, who was already a government minister at the time, assumed leadership of the OeVP and then of the Alpine nation while leading a coalition with the FPOe.

Prosecutors claim that in exchange for publishing these polls, money was sent to an undisclosed media business, popularly assumed to be the Oesterreich tabloid. While Kurz has denied any wrongdoing, he said some of the text messages he wrote that have been leaked from the investigation files were composed in “the heat of the moment,” an AFP report reads.

“I'm just human with emotions and mistakes,” he said.