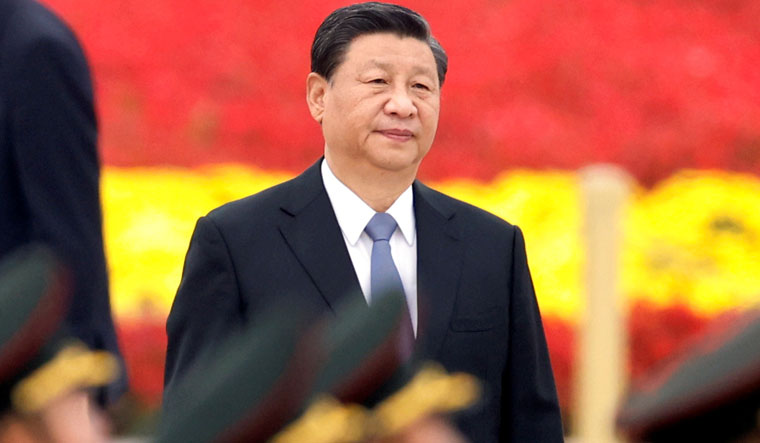 Xi Jinping is widely regarded as the most powerful president China has had, if not the most influential leader since Mao Zedong.

In March 2018, the National People's Congress, the country's parliament, voted to remove the two-term limit for the post of president. The move meant that Xi could remain in power for life, instead of retiring in 2023.

However, even Xi appears to be facing challenges. Early on Friday, eminent strategic analyst Brahma Chellaney tweeted that a power struggle was brewing in the Chinese Communist Party (CCP).

Chellaney tweeted, "Xi hasn't set foot outside China for one year and nine months and will skip even the Rome G-20 summit. Biden sought an in-person bilateral summit with Xi, but Xi has agreed to just an online meeting. Is it the fear of a coup in his absence that is deterring Xi from leaving China?"

Chellaney claimed," There are some reports of an intensifying power struggle within the ruling Communist Party. If true, this would suggest that—despite China's return to an era of one-man rule—Xi may not be omnipotent and unassailable, especially given the number of enemies he has made at home."

Chellaney noted Xi had hardly travelled overseas since 2020. "Significantly, Xi hasn't travelled abroad since the COVID-19 pandemic spread from China to other parts of the world. Xi's last overseas trip was to Myanmar on January 17-18, 2020, just days before his regime belatedly acknowledged a Covid outbreak and locked down Hubei province."

Chellaney is not the first China watcher to suspect unrest in the CCP. Roger Garside, a former British diplomat, wrote a book that was published in May called China Coup: The Great Leap to Freedom.

In the book, Garside, who has worked extensively in China, argues Xi's rivals such as Premier Li Keqiang and Politburo Standing Committee member Wang Yang could orchestrated opposition to Xi's policies and force him to retire. Garside claims the 'coup plotters' could also initiate reform for democratic measures.

Since becoming chairman of the CCP, Xi has reformed the Politburo Standing Committee—which consists of the senior-most Communist Party leaders—by reducing its strength from nine to seven people and inducting his supporters. Li and Wang Yang are considered the only opposition to Xi.

In 2017, seven high-ranking officials of the Communist Party were arrested for allegedly plotting to "usurp the party's leadership and seize state power".