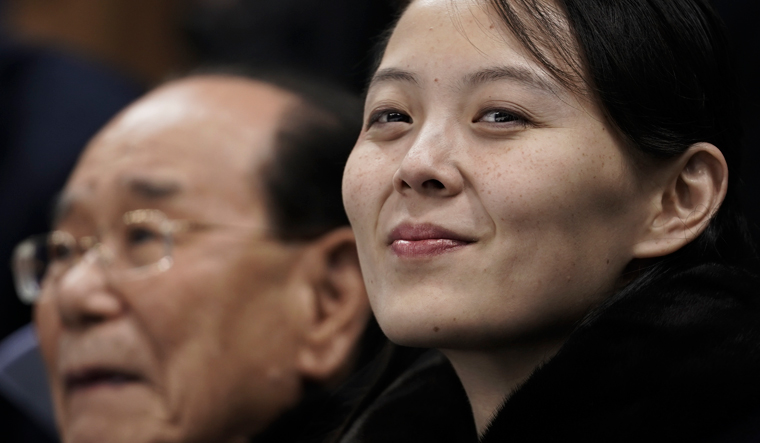 (File) Kim Yo Jong, sister of Kim Jong Un, during her visit to South Korea for the Winter Olympics opening ceremony | AP

Kim Yo Jong, North Korea’s influential leader and sister of its supreme leader Kim Jong Un, has been appointed to the country’s top government body, KCNA news reported on Thursday. A close aide to her brother, Kim Yo has been promoted to a position on the State Affairs Commission, along with other changes approved by the Supreme People’s Assembly, North Korea’s rubber-stamp parliament. Kim Yo Jong, on September 24 had said that the North is willing to thaw relations with South Korea, the South does not provoke the North with hostile policies and double standards.

On Thursday, Kim Jong Un repeated the sentiments. Among the new eight new appointments made on Thursday, Kim Yo Jong stands out for being both young and the only woman. Kim Yo has maintained close relations with her brother, with whom she went to school, in Switzerland. She also was part of his summits with US President Donald Trump and South Korea’s President Moon Jae-in. Kim Yo has been outspoken about her thoughts on the US and South Korea and has made strong statements on both nations while defending the North’s testing of ballistic missiles.