Can the US carry out Biden’s promise of revenge for Kabul attacks? 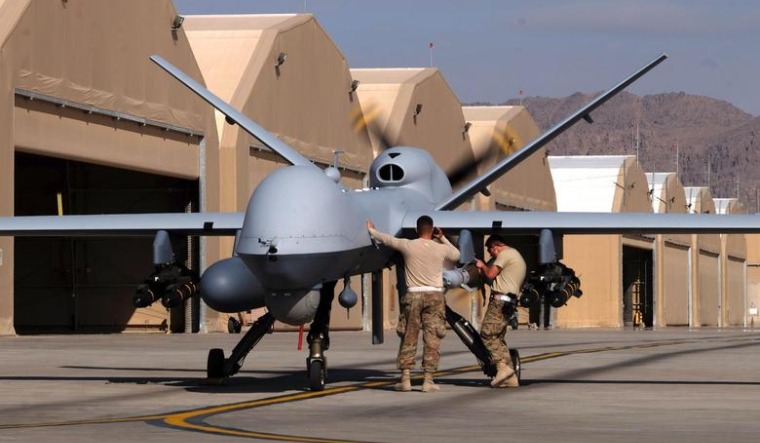 The horrific suicide attack at the Kabul airport, which left 13 Americans and 90 Afghans dead, has become a defining moment for the United State’s chaotic withdrawal from Afghanistan after 20 years of military presence.

For President Joe Biden, who has vowed revenge against the Islamic State Khorasan Province (IS-K), a strong US response may prove crucial from a political standpoint, as he faces calls to resign barely nine months into his presidency.

“To those who carried out this attack, as well as anyone who wishes America harm, know this: We will not forgive. We will not forget. We will hunt you down and make you pay. I will defend our interests and our people with every measure at my command,” Biden said.

“We will respond with force and precision at our time, at the place we choose, and the moment of our choosing,” he added.

Whether the US will be able to carry out any such strike before its August 31 deadline to evacuate all military personnel from Afghanistan remains to be seen. The necessity to respond will test the United States’ relationship with the Taliban—who have themselves halted attacks on US forces while they wait for them to leave the country. A big question that remains is whether the US will target IS-K assets with or without the Taliban’s consent. Recently, CIA Director William J Burns was reported to be in Kabul as part of secret talks with the Taliban.

In the past, the US has demonstrated considerable resolve and ability to carry out targeted killings. In Afghanistan alone, up to 10,000 people have been killed by US drone strikes according to the Bureau of Investigative Journalism. The US has also killed thousands in neighbouring Pakistan, with whom it has enjoyed less than warm relations as a result. In Pakistan, the US has killed between 2,366-3,702 people as a result of drone strikes ordered by the Bush, Obama and Trump administrations according to New America.

Targeted killings have eliminated some of America’s highest-profile enemies: From the killing of Osama Bin Laden in 2011 to the killing of Akhtar Mohammad Mansour in 2016 (both assassinations having taken place in Pakistan). American revenge by the drone can take years to materialise. Iranian Quds Force commander Qassem Soleimani defied the US for years (he was declared a “terrorist” by the US State Department in 2005) before he was killed in a drone strike in Iraq in January 2020.

However, what stands out in most of these killings was the cooperation of the country the target lived in—that, or at least, the support of its neighbours. With the US withdrawal from Afghanistan, it has lost out on most of its military infrastructure in central and south Asia. For years, it has steadily diminished its footprint in the region: In 2014 it vacated its only Central Asian airbase, in Manas, Kyrgyzstan, amidst Russian pressure.

In 2018, the US suspended most of its security assistance to Pakistan, long after it stopped operating military bases in the country. Souring relations with Islamabad, which has since drifted closer to Beijing, have left the prospect of a US return to the country unlikely to say the least. No wonder then that in May, the US Special Representative for Afghanistan Reconciliation, Zalmay Khalilzad, visited both Uzbekistan and Tajikistan,leading to speculation that Washington sought new military bases in Central Asia.

Following the withdrawal from Afghanistan, the US’s nearest bases will be in the Arabian Peninsula. Any air strikes would require overflights over several “hostile” nations like Iran, Pakistan or Afghanistan, if it wanted to conduct a unilateral strike. While this is not impossible with stealth technology, it adds to the operational challenge.

In March, Biden limited the use of drone strikes outside of warzones where US troops were deployed (which at the time was Afghanistan, Iraq and Syria), requiring White House approval for any further attacks. “It’s not meant to be permanent and it doesn’t mean a cessation of strikes,” Pentagon spokesperson John Kirby had said at the time.

While the Biden administration went on to carry out an airstrike in Syria in July—Biden’s first military act as president—it has yet to carry out a drone strike.

Whether it can may depend on the Taliban. It is no secret that the IS-K and Taliban have been at war for years. Nor would a potential US-Taliban synergy against a common enemy be the first of its kind: In 2016, a Taliban counter-attack on IS-K accompanied US air strikes and operations supporting private Afghan militias. The result was the temporary eradication of IS-K from the region. Much before this was the US training and arming of the Afghan Mujahideen against the Soviet Union during its own occupation of Afghanistan between 1979-1989. Many of the Taliban’s leadership were fighters who once enjoyed American support.

The Doha Talks were a give-and-take: The Americans promised to withdraw their troops, while the Taliban pledged not to allow international terrorist groups from operating on Afghan soil. While the US may not have a boots-on-the-ground military presence in Afghanistan (which still remains within the range of its missiles and warships), it maintains other punitive measures: The US Treasury froze billions of dollars worth of Afghanistan’s foreign reserves following the Taliban takeover. With $10 billion worth of the Afghanistan Central Bank’s reserves out of reach, Washington maintains some leverage over the Taliban.

On Friday, the Pentagon clarified that only a single blast took place—initial reports had stated that two blasts took place, one at a gate of the Hamid Karzai International Airport and another in front of the Baron Hotel located nearby. The Pentagon today said only one suicide attacker was involved in the attack.

Whether the US response will be a unilateral military move to punish IS-K, a diplomatic machination that uses the Taliban to stamp out its regional rival, or a form of financial sanctions, remains to be seen.