Pegasus tracked UAE princess who was captured, sent back by Indian forces? 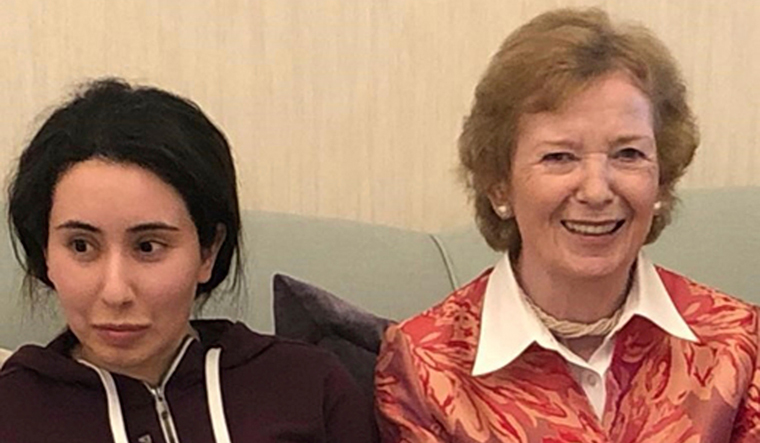 The story of Sheikha Latifa bint Mohammed Al Maktoum, daughter of the ruler of Dubai, Sheikh Mohammed bin Rashid Al Maktoum, has made headlines since 2018.

In February 2018, she fled from the UAE in an attempt to seek asylum. Latifa travelled with a group of friends using a yacht from the UAE, with the plan to disembark in Sri Lanka and take a flight to the US.

In March that year, the Indian Coast Guard trailed the ship and commandos stormed it and handed over Latifa back to the UAE.

A mystery remained on how exactly the UAE got wind of her escape. However, reports emerged on Wednesday that claimed her phone number and those of her associates figured in the list of people who were tracked using the Pegasus spyware.

The Wire reported on Wednesday, "the analysis of a leaked database highlights how her escape seems to have coincided with the inclusion of several numbers related to Latifa appearing on a list of potential Pegasus targets".

The UAE has been revealed to be a client of NSO Group, the firm that makes the Pegasus spyware.

The publication also reported Latifa had communicated with a friend Sioned Taylor, whose name had been on the Pegasus surveillance list.

Latifa is not the only member of the Dubai royal family whose name was on the Pegasus list. Haya bint Hussein, one of the six wives of Sheikh Mohammed bin Rashid Al Maktoum, was also under surveillance, "Princess Haya, her half-sister, her assistants, her horse trainer, and members of her legal and security teams all had their phones entered onto the list in early 2019," The Washington Post reported. Haya fled the UAE with her two children in 2019 to seek refuge in the UK.