The US State Department has urged a halt to punitive home demolitions. 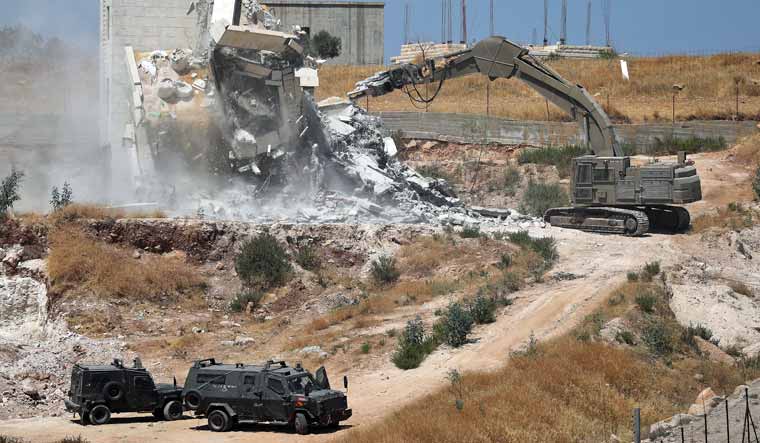 File: Israeli military machinery demolishes a Palestinian building in the village of Sur Baher which sits on either side of the Israeli barrier in East Jerusalem and the Israeli-occupied West Bank | Reuters

Israeli forces on Thursday demolished the family home of a Palestinian-American man accused of being involved in a deadly attack on Israelis in the West Bank in May.

Israel says Shalaby carried out a May 2 drive-by shooting in the Israeli-occupied West Bank that killed Israeli student Yehuda Guetta and wounded two others. He was arrested days after the attack. His wife, Sanaa Shalaby, told the AP they were estranged for several years and that he spent most of his time in Santa Fe, New Mexico, where he had married three other women in unofficial Islamic ceremonies. The entire family has US citizenship.

The Israeli Supreme Court upheld the demolition order in a decision last month.

The case drew attention to Israel''s policy of punitive demolitions of the homes of Palestinians who attacked Israelis. Israeli officials say the demolitions deter future attacks, while rights groups view them as a form of collective punishment.

The US State Department has urged a halt to punitive home demolitions.