He was riled by a question about a possible cabinet reshuffle 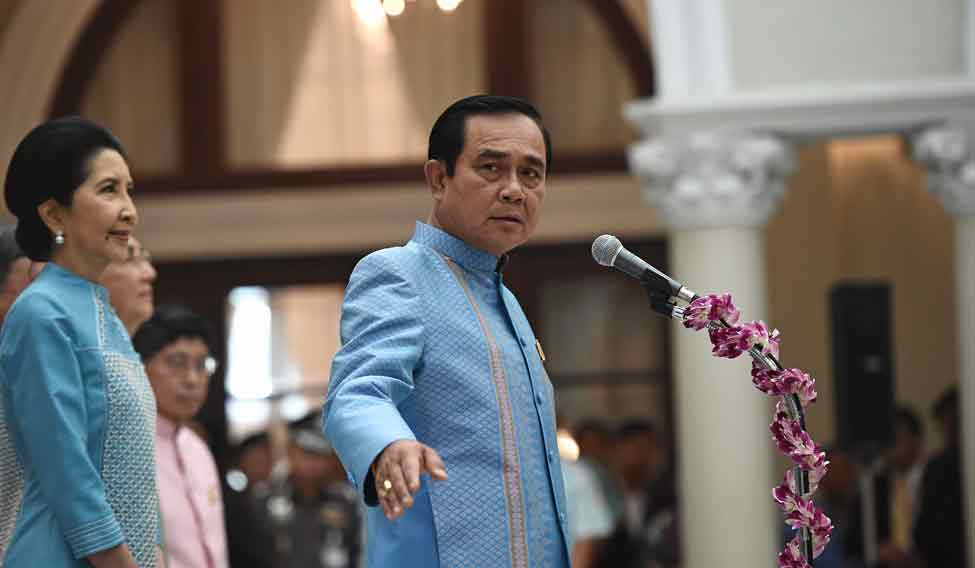 Politicians are often accused of sanitising the news. On Tuesday, Thailand's prime minister sanitised members of the press.

After fielding a slew of questions from journalists at his weekly news conference in Bangkok, the famously mercurial Prayuth Chan-ocha sprayed back with disinfectant.

Riled by a final question about a possible cabinet reshuffle, he told reporters to mind their own business, then grabbed a container of alcohol mist and doused the front row before sauntering off.

The quick-tempered former army commander, who overthrew the elected government in a 2014 coup, is known for his unpredictable behaviour. In the past, he's spoken to a media scrum while fondling the ear of one of the reporters and flung a banana peel at camera operators.

After an event in 2018 he declined to speak to the media, and instead set up a life-size cutout of himself. Ask this guy, he said and walked away.