The area of the blast has been cordoned off 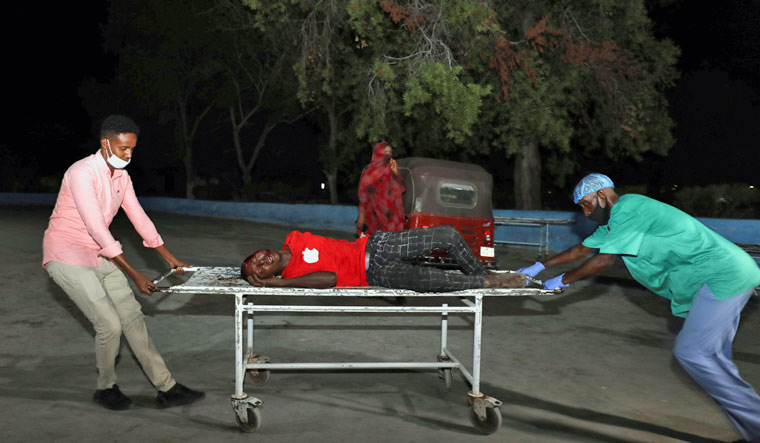 People assist an injured person outside Madina Hospital after a blast Luul Yemeni restaurant near the port in Mogadishu, Somalia | Reuters

At least 20 people were killed by a suicide car bomb in Mogadishu on Friday evening. 30 were injured as a result of the blast. “A speeding car exploded at Luul Yemeni restaurant. I was going to the restaurant but ran back when the blast shook and covered the area with smoke,” resident Ahmed Abdullahi, a resident told Reuters. The blast occurred outside a restaurant

The area of the blast has been cordoned off.

No one claimed responsibility for the blast, which caused one building near the restaurant to collapse.

Local group armed group al-Shabab linked to the Al-Qaeda has been blamed for the attack by local police spokesperson Sadiq Ali Adan. Al-Shabab has carried out several such bombings. The group have been waging an insurgency against the Horn of African country’s central government and establish a government based on its strict interpretation of Islamic law.