Cambridge, LSE, and the University of London have all banned the sale of beef or lamb 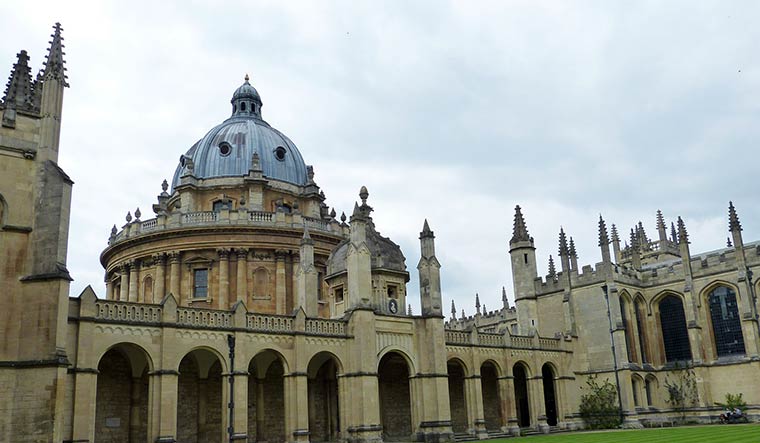 An Indian-origin student is among a group from the University of Oxford Student Union that is leading a drive towards a meat-free campus as part of wider initiatives to cut the university's greenhouse emissions.

Vihan Jain from the university’s Worcester College joined two fellow students to draft a motion mandating the Student Union to lobby for a ban on beef and lamb in university catering services, which was recently passed with 31 votes to 9 and 13 abstentions.

“As the UK’s premier university, the nation looks to Oxford for leadership, but Oxford has shown a lack of leadership in addressing climate change,” reads the motion.

“The banning of beef and lamb at university-catered events and outlets is a feasible and effective strategy to help the university meet its revised 2030 goal,” it reads.

The move means that the Student Union will now actively lobby the university and individual colleges to move towards meat reduction and eventual removal from campus.

Responding to criticisms that the beef and lamb ban could affect the local economy, Jain told the ‘The Oxford Student’ publication that “alternative food offerings can be sourced from local enterprises and can therefore contribute to the local economy, but ‘eat local’ can be a deceptive piece of advice”.

According to an Oxford-led study published in the journal ‘Science’ this week, what we eat, how much we eat, how much is wasted, and how food is produced need to change drastically by 2050, if we want to limit the increase in global temperatures to 1.5°C or 2°C above pre-industrial levels.

“The good news is, there are many achievable ways rapidly to reduce food emissions if they are acted on quickly. These include both raising crop yields and reducing food loss and waste, but the most important is for individuals to shift towards predominantly plant-based diets,” said Dr Michael Clark of the Oxford Martin School and Nuffield Department of Population Health, who is the lead author on the paper.

Reducing the carbon emissions and biodiversity impact of the university’s food system is one of the nine priority areas of the University’s Environmental Sustainability Strategy. The Strategy has the ultimate goal of achieving net zero carbon by 2035 and addressing the global challenges of climate change and biodiversity loss.

“The university is currently consulting on a draft sustainability strategy which will be approved next year and includes proposals to reduce the carbon and ecological impact of the food it supplies. These policies will be further developed in the light of the consultation response,” a spokesperson for Oxford University said.

London School of Economics (LSE), Goldsmiths and the University of London are among other UK institutions to ban the sale of beef or lamb in campus outlets in recent years.