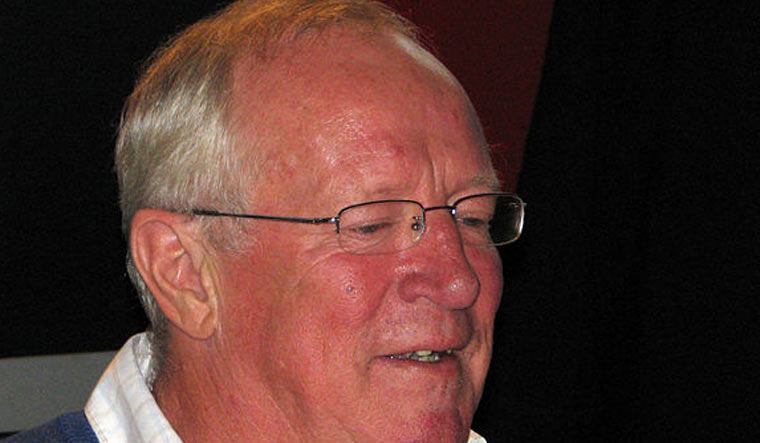 Robert Fisk, a British journalist and author, who was widely regarded as one of the UK's most famous overseas correspondents, has died at the age of 74, media reports said on Sunday.

Fisk had been admitted to a hospital in Dublin on Friday on suspicion of suffering a stroke.

The Independent, the newspaper for which Fisk was working, confirmed his death.

Fisk began his career with the Sunday Express and then moved to The Times where he worked as its Belfast correspondent from 1972 to 1975, the height of the 'Troubles', a prolonged period of sectarian strife.

"In 1976, he moved to Beirut where he began his career as a Middle East correspondent, covering the Lebanese civil war, the Iranian revolution, the Iran-Iraq war and the Soviet invasion of Afghanistan. He joined The Independent in 1989 and remained their correspondent in the region until his death, covering events such as Saddam Hussein’s invasion of Kuwait and the recent wars in Syria. He also reported on the Bosnian and Kosovo wars in the former Yugoslavia," The Guardian reported.

Fisk is one of the few Western journalists to have interviewed Al Qaeda leader Osama Bin Laden. Fisk interviewed Bin Laden two times in the 1990s. In one interview, Fisk described Osama Bin Laden as "shy man" and looking "every inch the mountain warrior of mujahedin legend", The Sun reported.

Fisk wrote books chronicling his time in Ireland and the Middle East, such as Pity the Nation: Lebanon at War and The Great War for Civilisation.

The New York Times described Fisk in 2005 as "probably the most famous foreign correspondent in Britain".

Fisk was assaulted by a mob in Pakistan near the border with Afghanistan in December 2001, when he was reporting on the US-led invasion of Afghanistan.