Second wave of COVID-19 has started in Pakistan, says official 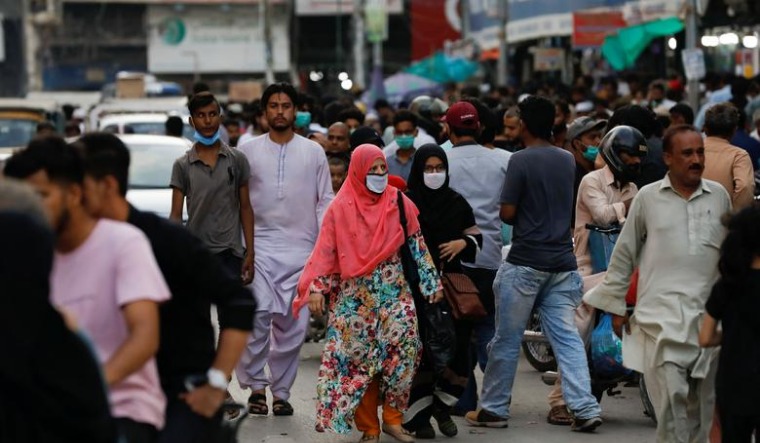 An adviser to Pakistan Prime Minister Imran Khan on Tuesday confirmed that the second wave of COVID-19 had started in the country.

"COVID-19 pandemic’s second wave has started in Pakistan and new restrictions could be introduced to control the spread of the virus," Sultan was quoted as saying by the Express Tribune.

"A few weeks ago, we were getting 400 to 500 cases per day, but now, it has increased to 700 to 750 cases. Moreover, the mortality rate has also increased. Another ratio which is considered is percentage positivity that remained less than 2 per cent, but now it has reached close to 3 per cent," Sultan was quoted as saying by Dawn.

Percentage positivity is the number of positive cases in samples of 100.

Sultan said people were not following the standard operating procedures (SOPs) to prevent spread of COVID-19.

"It has become necessary to strictly implement the SOPs. We will start it from local level. In districts where the disease is more rampant, we will start from there. Focus will be on those areas which have been badly hit by the virus. We are deliberating on the restrictions, but district administrations have been advised to impose fines on buses, wedding halls, restaurants and other crowded areas," Sultan was quoted as saying by Dawn.

Sajid Shah, spokesperson for the ministry of national health services, told Dawn the government would be forced to consider harsh measures that could impact the economy if COVID-19 infections continued to rise.

Imran Khan had touted Pakistan as a success story in the global fight against COVID-19. During his address to the UN General Assembly in September, Imran highlighted his government's relief package of $8 billion and "smart lockdown strategy" that helped "control virus, stabilise the economy and protect the poorest segment from the worst fallout".