A power-sharing deal has been successfully brokered 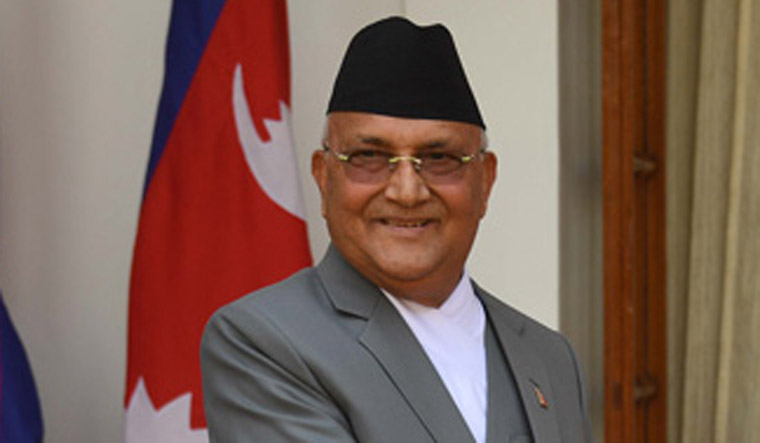 Nepal's ruling Communist Party on Friday resolved the protracted differences between Prime Minister K P Sharma Oli and his opponent Pushpa Kamal Dahal "Prachanda" by agreeing to a power-sharing deal, ending the months-long dispute in the party, according to a senior party official.

During the meeting, the work division between Oli and Prachanda was settled. Prachanda will serve as executive chairman of the party with full power and handle the party's affairs, while Oli will focus on the government affairs, the official said.

"The party will be run on the basis of its established guidelines. However, the government is required to hold consultation with the party while deciding on issues of national importance," said Shrestha, adding that the party leadership will not interfere in the day-to-day affairs of the government.

It was decided to hold the Unity General Convention of the party in Kathmandu from April 7 to April 12 next year. A meeting of the party's Central Working Committee has been called for October 31.

The meeting unanimously endorsed a 15-page proposal prepared by Oli and Prachanda aiming at resolving the intra-party feud in the CPN.

The proposal for consensus was prepared by the duo on the basis of a report submitted to them by a party panel that was formed to resolve the internal dispute which had surfaced after the dissident group leaders, including Prachanda, demanded Oli's resignation.

Prachanda and senior leader of the party Madhav Kumar Nepal had asked for Oli's resignation from both as the party's chairman and as Nepal's prime minister after he accused the dissident leaders of conspiring against him to topple his government.

In June, Oli claimed that efforts are being made to oust him after his government redrew the country's political map by incorporating three strategically key Indian territories.

India termed as "untenable" the "artificial enlargement" of the territorial claims by Nepal after its Parliament unanimously approved the new political map of the country featuring Lipulekh, Kalapani, and Limpiyadhura areas which India maintains belong to it.

The meeting has also decided to resolve the border issue between Nepal and India through political and diplomatic means, Shrestha said.

The CPN also decided to amend, and then endorse, the controversial Millennium Challenge Corporation deal signed between the governments of Nepal and the United States in 2017.

The leaders of the CPN were divided on whether to approve or not the proposed $500 million grant that would be utilised to support the construction of 400 KV transmission lines in Nepal.