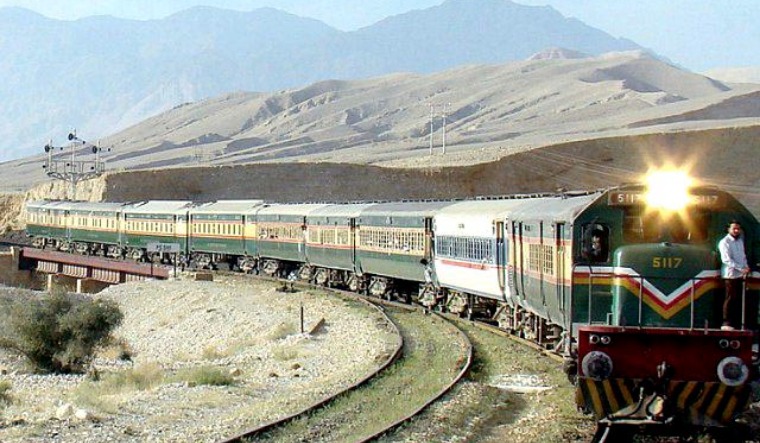 The Pakistan government on Wednesday approved what has been projected as its costliest infrastructure project for the China-Pakistan Economic Corridor (CPEC) till date.

The Executive Committee of the National Economic Council (ECNEC) on Wednesday approved the Mainline-1 (ML-1) project, estimated to have a cost of $6.8 billion, to upgrade its railway infrastructure.

"Under the project, Pakistan’s existing 2,655km railway tracks will be upgraded to allow trains to move up to 165km per hour—twice as fast as they currently do—while the line capacity will increase from 34 to over 150 trains each way per day," Reuters reported.

The project is expected to be financed on a cost-sharing basis between Pakistan and China. Pakistan's Express Tribune reported the government's clearance would pave way for loan negotiations with Beijing, "which would finance 90% of the cost”.

Emphasising the value of the project, Reuters explained, "At $6.8 billion, the ML-1 project alone is almost equal to Pakistan’s entire development budget for fiscal 2020/21, which stands at 1.32 trillion Pakistani rupees ($7.9 billion)."

"It has also been decided that around $6.2 billion Chinese loan will be taken both on the books of federal government and Pakistan Railways due to the weak financial conditions of the state-owned enterprise. Pakistan Railways is not in a position to pay salaries and pensions to its employees without cash injection from the federal government," Express Tribune reported.

The project will be implemented in three phases. “The package-1… will be completed between January 2021 to December 2024 and will cover the construction of the 527-km long track between Peshawar, Rawalpindi and Lahore. Package-2 will be completed from January 2022 to December 2026 and will upgrade the 521-km long track from Lahore to Hyderabad. Package-3 will upgrade the 740-km Rawalpindi-Peshawar and Hyderabad-Multan track," Express Tribune reported.

Interestingly, Pakistan has had to restructure its plans for the ML-1 project given its commitments to the IMF.

China had pledged over $60 billion for infrastructure projects in Pakistan. However, CPEC has been criticised by outside observers and even some in Pakistan as an attempt to saddle Islamabad with heavy loans.

The approval for ML-1 had been delayed and had given rise to the perception the Imran Khan government was seeking to roll back some CPEC initiatives. Interestingly, Imran had criticised some of these projects when he was in opposition.