OPINION: How Costa Rica made a civilisational advance by abolishing its army

Costa Rica has managed to survive, thrive as a vibrant democracy in a volatile region 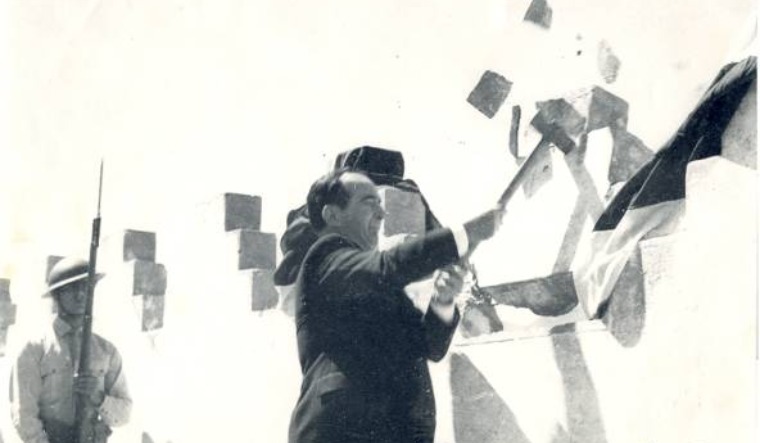 Costa Rica abolished its army in 1948 and created history in the post-World War era of the world. The country proclaims proudly that it spends its money on education and health care instead of arms. Oscar Arias, the former president and Nobel Peace Prize winner, has said, “Our children walk with books under their arms rather than guns on their shoulders. We are an unarmed people, whose children have never seen a fighter or a tank or a warship. We are a people without arms and we are fighting to continue to be a people without hunger.”

It is, indeed, a civilisational advance. The country has managed to survive and flourish as a unique, vibrant and peaceful democracy in Central America, a politically unstable region known for military dictatorships and civil wars.

The abolition of the army was not done by an apostle of peace like Buddha or Gandhi. The man behind the idea of abolition of the army was Jose Figueres, called as Don Pepe, who led a rebel force and defeated the government army. Even after abolishing the army in his country, he had actively supported armed revolutionary movements against the military dictators of Latin America and Caribbean.

Figueres came into politics accidentally. He was a progressive coffee grower in the interior of Costa Rica (CR), after his education in the US. During one of his visits to the capital, San Jose, in July 1942, he was angry when his property in the city was damaged by a public protest and the government did not take adequate steps to prevent or minimise the damages caused by the protesters. Pepe went on a local radio station and strongly criticised the government for letting the protesters go out of control.

The government headed by president Rafael Calderon arrested him and a few days after detention, let him go on exile to Mexico. During his exile, the angry Pepe started planning to overthrow Calderon’s government through force of arms. He collected funds and arms. But the Mexican authorities seized the weapons. Then he went to Guatemala and sought the help of the Caribbean Legion, which was a group formed by revolutionaries of the region including those from Guatemala and Nicaragua who wanted to overthrow the dictatorships in their countries. Pepe returned to CR in May 1944 and got into the politics of the country.

A few days later, civil war began. This gave the opportunity for Pepe, who was waiting to overthrow the government and take revenge on ex-president Calderon. Pepe formed a National Liberation Army and became its commander in chief. He took the support of the Caribbean Legion with revolutionaries from Nicaragua, Honduras, El Salvador and Dominican Republic. His forces captured three aircrafts and used them to bomb the presidential palace in the capital and also bring arms from Guatemala. Pepe’s liberation army defeated the ill-prepared and poorly trained army of the government in the war, which lasted for 40 days and in which 2,000 were killed. The national army was disarmed and dismissed. In the agreement signed between the warring parties on May 1, Ulate was recognised as the winner of the elections but he would take power after a new constitution was ready. A revolutionary Junta was formed on May 8, with Pepe as its head to govern the country in the interim period.

On December 1, 1948, the interim Junta authority of Costa Rica headed by Pepe, decreed the dissolution of the national army, declaring that a well-trained body of police was adequate for the nation’s security. Pepe said, “It is time for Costa Rica to return to her traditional position of having more teachers than soldiers.” He took a sledgehammer and smashed one of the walls of the Fortress Bella Vista, the barracks.

He handed over the key to the minister of public education with instructions to make the barracks into a national museum. The decree was incorporated in the new constitution of the country, proclaimed on November 7, 1949. Article 12 has proscribed the army as a permanent institution.

The Junta nationalised the banks for democratisation of credit, imposed a 10 per cent tax on wealth, established an independent supreme electoral tribunal, removed the legal discrimination against black people, gave voting rights to women and outlawed communism. These were the major actions taken by the Junta besides the abolition of the army. The Junta handed over power to president-elect Ulate in November 1949.

Within two weeks after the abolition of the army, the country faced its first external threat. On December 12, a small armed force of 800 men of Calderon (ex-president of CR whose party lost the civil war) attacked a border town of CR from Nicaragua. Nicaraguan dictator Somoza had given asylum to Calderon and supported his venture. Somoza was furious that CR had given refuge to Nicaraguan revolutionaries fighting against his regime. Without the army, CR was defenceless.

The Junta sought the intervention of the newly formed Organisation of American States (OAS), whose charter was signed in April 1948. After ratification by member governments, OAS officially came into existence only in 1951. Despite this situation of its formative stage, OAS sent a commission to visit CR from December 17 to 22, 1948. Based on the commission’s findings, OAS condemned Nicaragua for help to the invaders and also rebuked CR for hosting anti-Somoza guerrillas. It forced CR to disband the Caribbean Legion, who then moved over to Guatemala. The rebel army withdrew and a Pact of Amity was brokered between CR and Nicaragua on February 21, 1949.

The second threat to the army-less CR was on April 2, 1949, when there was a coup attempt by the Junta’s minister of public security himself. But the coup did not get support and fizzled out. The situation was brought under control in 12 hours after six people were killed in the skirmishes.

CR faced a threat for the third time on January 11, 1955, when an army of 500 men led by the son of an ex-president of CR, Picado, invaded from Nicaragua. This invading force even had a small air force with which they bombed some Costa Rican cities. The Venezuelan Air Force planes also joined in the attack. The Venezuelan and Nicaraguan dictators were upset with the presence of revolutionaries from their countries in CR. Again, OAS intervened and asked the invading forces to vacate the territory of CR. The OAS authorised the sale of US fighter planes to CR for defence. The US sold four F-51 Mustang fighter aircraft for a dollar each to CR. With the entry of the American planes for the defence of CR, the Nicaraguan and Venezuelan air attacks stopped. It is interesting to note that the CIA was helping Somoza, while the State Department came to the rescue of Pepe, who was the president of CR at that time.

After relinquishment as head of the Junta in November 1949, Pepe founded the National Liberation Party (PLN). He was elected as president for two terms in 1953 and later in 1970.

Don Pepe from the small, defenceless country of Costa Rica was a big defender of democracy and economic justice in Latin America. He spoke for the democratic left in the May 1950 Conference in Havana to promote democracy and freedom in the region. He actively supported armed revolutionary movements against dictatorships in the region.

Pepe’s approach to the US was ambiguous. He did not share the anti-imperialist rhetoric of the Latin American leftists. In fact, he supported the US in their anti-Communist agenda and had collaborated even with the CIA. Both his wives were from the US. He had many friends in the US Congress and influential circles. However, he was critical of US support to military dictators. He criticised the American companies that were exploiting Latin America by paying low prices for commodities and with their large monopoly investment and landholdings in the region. But he did not believe in a head-on-fight with the United Fruit Corporation, the powerful American corporation, which owned the largest banana plantation in CR. He negotiated a new contract with UFC in June 1954 with 30 per cent tax on profits, minimum wage and other benefits for the labour.

Don Pepe died in 1990 but he is fondly remembered and revered although he had attracted much criticism for many of his controversial actions and a few corruption cases too.

Costa Rica is not isolating itself passively into its own peace cocoon. The country had taken the initiative and helped its neighbours to end their civil wars with peace agreements in 1987. President Arias of Costa Rica won the Nobel Prize for this.

While many countries have war colleges, Costa Rica has established a University of Peace to educate and train students from around the world for conflict prevention and mediation through peaceful means.

Costa Rica had abolished the death penalty in 1882, very much before many other countries in the history of the world.

The country celebrates December 1 as the Day of Abolition of the Army. The world will be a better place if more countries follow the noble and bold example of Costa Rica.