A wake-up call for traditional political parties in the region 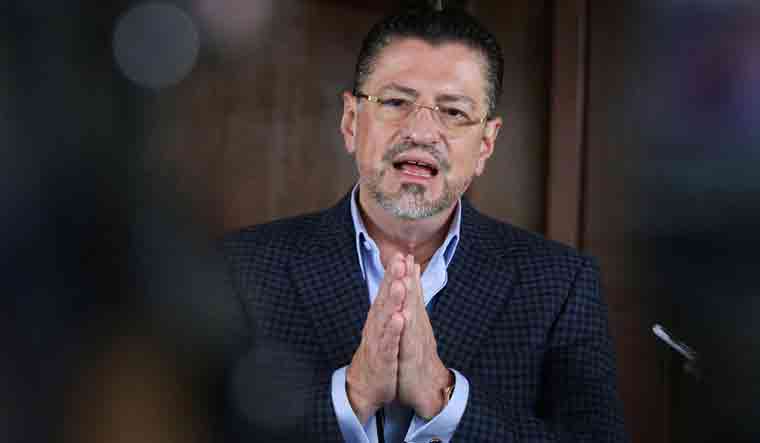 Rodrigo Chaves Robles, a political outsider, won the Costa Rican Presidential election on April 3 with 53 per cent of the votes. He had lived almost half his life outside Costa Rica. He worked for 27 years at the World Bank. He returned to Costa Rica in 2019 after leaving the World Bank due to some sexual harassment complaints against him. He was appointed as Finance Minister in the outgoing government for seven months.

Chaves was born in 1961 in a large lower-middle-class family in the capital San Jose, and went on to earn a Ph.D. in Economics from Ohio State University in the United States.  Chaves is married to an economist from Latvia, his second wife.

Chaves beat Jose Maria Figueres who got 47 per cent votes. Figueres was a formidable opponent. He is a former president (1994-98) and candidate of the National Liberation Party, the largest and oldest party of the country. Figueres’s father José Figueres Ferrer, was President of Costa Rica for three terms:1948–1949, 1953–1958 and 1970–1974.  He was a nation-defining figure who made history by abolishing the army in 1948. He also built the National Liberation Party.

The election of a political outsider as president in Costa Rica is part of the recent trend seen in some other Latin American countries such as Chile, Peru and El Salvador. This is a wake-up call for the traditional and entrenched political parties in the region to reinvent themselves to become appealing to the new generation of demanding voters.

In any case, the election result would not have mattered much in the stable and mature democracy of Costa Rica. Both the candidates were moderates and civilized unlike the destructive extremists Trump and Bolsonaro. They did not promise to make any radical changes or change the direction of the country. There was no polarizing debate, hate speeches, vulgar language or ideological confrontation. The elections were peaceful and the result was accepted gracefully and promptly by the candidate who lost in contrast to Trump’s shenanigans and the ugly vandalisation of the Capitol by the Trumpian thugs.

Costa Rica has remained as a strong and solid democracy in the last seventy years of Latin American history. This is mainly due to the visionary abolition of army. There have been no cocky colonels or brutal generals to shoot their way into presidential buildings. There are no far-right or far-left extremist parties or leaders in the country. There is broad political consensus among political parties and leaders on the major long-term vision for the country.

It is even more impressive to see that Costa Rica has managed to flourish peacefully when Central America was burning with civil wars, gang wars and destabilisation of the region by CIA.

The country did not pursue just passive peace. It took initiatives to spread peace in the neighbourhood. Oscar Arias, the president of Costa Rica successfully mediated to stop the central American wars and get the presidents of the region to sign a peace agreement in 1987. Peace has endured since then. He was awarded the Nobel Peace Prize in 1987. He used the monetary award from the Nobel to establish the Arias Foundation for Peace and Human Progress. In his Nobel Prize acceptance speech, he said: “We are a people without arms and we are fighting to continue to be a people without hunger. Our children walk with books under their arms rather than guns on their shoulders. We are a symbol of peace for America.” Not a rhetoric. Preaching based on practice.

Costa Rica has established a University for Peace (UPEACE) in 1980 “to contribute to the great universal task of educating for peace by engaging in teaching, research, post-graduate training and dissemination of knowledge fundamental to the full development of the human person and societies through the interdisciplinary study of all matters related to peace”. At present, the UPEACE Costa Rica Campus has 170 students from 52 different countries, including India, making it one of the most diverse universities in the world for its size.

In 1869, the country became one of the first in the world to make education both free and obligatory, funded by the state’s share of the great coffee wealth. The literacy rate of Costa Rica is one of the highest in Latin America.

Costa Rica is a leader in sustainable development, clean energy and ecotourism. It was one of the first in the world which combined its ministries of energy and the environment back in the 1970s. The country generates an impressive 99 per cent of its energy from renewable sources

Of course, Costa Rica has its own share of challenges like poverty, inequality, corruption and growing crime. But the scale of these is insignificant to the rest of Latin America.  The President-elect Chaves attaches priority to create jobs, lower the cost of living and fight corruption.