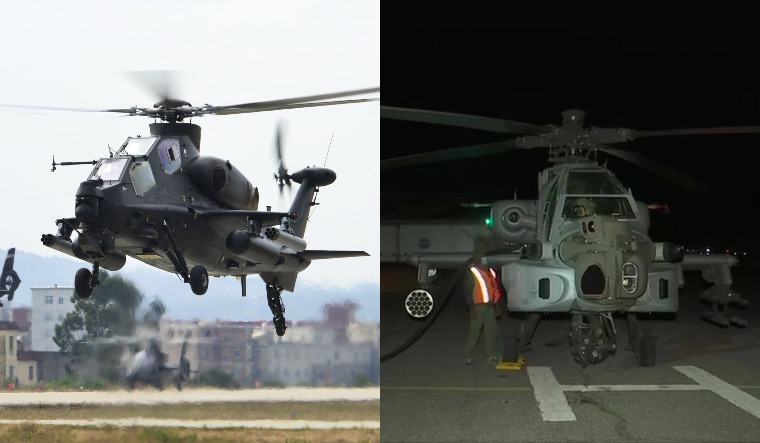 Even as the Indian and Chinese armies continue the disengagement of their forces in eastern Ladakh, Chinese state-run media is engaging in propaganda about the People's Liberation Army's capabilities.

Since May, when the Chinese forces began attempting intrusions into Ladakh, the Global Times newspaper and other Chinese outlets have repeatedly reported about deployment of new weapons in "plateau" regions and for "high-altitude" warfare, in a reference to the standoff with India.

On Tuesday night, Global Times reported "China had deployed a variety of advanced weapons fit for high-altitude combat to the country's western plateau regions as India continued to move forces and hold drills amid border tensions between the two countries." Global Times reported that the deployment came "before the latest consensus reached by both countries on de-escalating border tensions".

Interestingly, nearly all of the weapon systems mentioned by Global Times on Tuesday were reported to have been deployed on the border with India in late May. The notable exceptions were the rocket launchers, 35mm anti-aircraft guns and the Z-10 attack helicopters, which the Global Times appears to have mentioned for the first time with respect to the standoff with India.

The revelation of the presence of attack helicopters and anti-aircraft guns may not be a coincidence as multiple Indian media outlets on Tuesday carried videos showing the AH-64 Apache attack helicopters of the Indian Air Force conducting night-time sorties at Ladakh, along with MiG-29 fighters and Chinook transport helicopters.

Global Times itself mentioned the deployment of the Apache helicopters and T-90 tanks by India. Global Times quoted a Chinese military expert as saying, "China's rockets and artillery can target hostile fortifications and other ground targets, anti-aircraft guns can clear the sky, anti-tank missiles and attack helicopters can wipe out enemy tanks, and friendly tanks can take the ground."

The Z-10 is the first modern indigenous attack helicopter of the Chinese military, with a design layout similar to that of the AH-64 Apache, which was first delivered to the Indian Air Force last year. The Z-10 was believed to have been designed with Russian assistance and made its first flight in 2003. In 2016, the PLA announced that the Z-10 had been deployed with all its aviation units.

Like the Apache, the Z-10 can carry air-to-ground anti-tank and air-to-air missiles as well as rockets and nose-mounted cannon. Earlier this year, media reports claimed Pakistan was considering purchasing the Z-10.