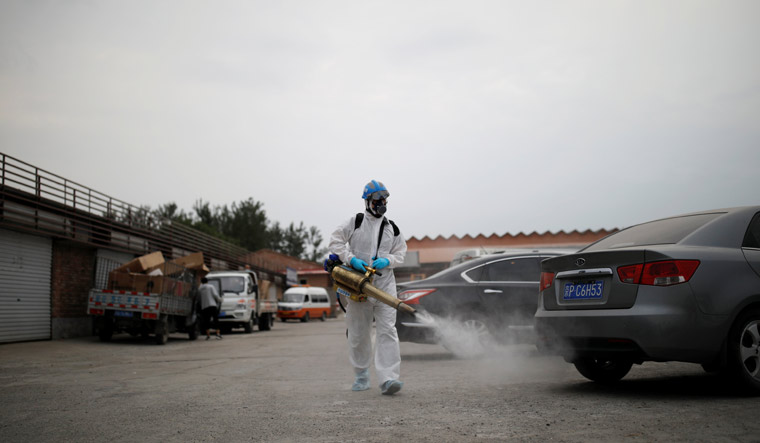 WHO, the UN health body that was accused by US President Donald Trump of failing to provide the information needed to stem the pandemic and of being complacent towards Beijing, said that it was notified of the coronavirus by the WHO office in China.

While reporting the original chronology of the pandemic on April 9, the international health body said that the Wuhan municipal health commission in the province of Hubei notified it of the virus.

WHO director Tedros Adhanom Ghebreyesus told a press conference on April 20 the first report had come from China, without specifying whether the report had been sent by Chinese authorities or another source.

A new chronology released by the organisation indicates that it was the WHO office in China that on December 31 notified its regional point of contact of a case of “viral pneumonia” after having found a declaration for the media on a Wuhan health commission website on the issue. The same day, WHO's epidemic information service picked up another news report transmitted by the international epidemiological surveillance network ProMed — based in the United States — about the same group of cases of pneumonia from unknown causes in Wuhan.

After accusing WHO of being complacent towards China, US President Donald Trump announced that his country, the main financial contributor to WHO, will cut its bridges with the institution. Trump also accuses WHO of having poorly managed the pandemic.

WHO to visit China next week

As per an ANI report, WHO will visit China next week to investigate origins of the coronavirus. Other western nations, India and the US have accused China of not being transparent about the origin of the virus. WHO has said that the virus, that seems to have originated in a bat, was transmitted to humans after being transmitted to a pangolin. But an intermediate carrier of the virus needs to be identified to understand the outbreak better.

The virus so far has claimed more than 500,000 lives globally. Chief WHO Scientist Soumya Swaminathan was quoted in an ANI copy as saying, a “thorough investigation” needs to be done into the origins of the virus. According to her, the sequences show that the virus causing COVID-19 is very similar to bat viruses.

She added that there are 500 types of coronaviruses and that as per past studies, people living in southern China and even in other countries of South-East Asia have antibodies to coronaviruses.