There were reports Pakistan had moved 20,000 soldiers to Gilgit-Baltistan 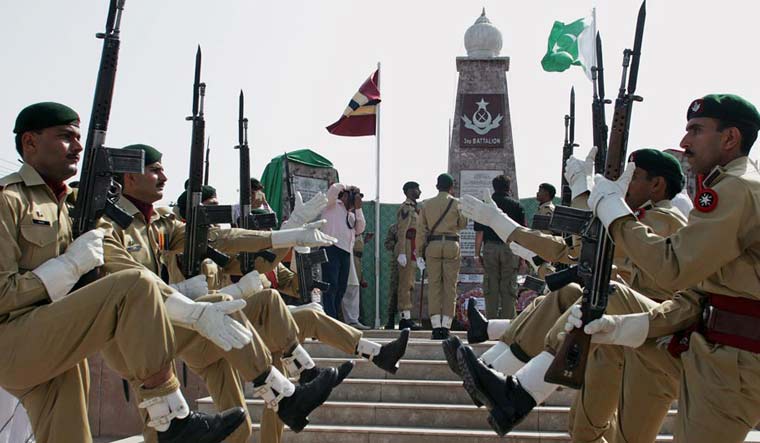 Pakistan's military on Thursday denied media reports that it had deployed additional forces in Pakistan-occupied Kashmir amid India's standoff with China or allowed Beijing to use a key airbase in the region.

The official Twitter handle of the Inter-services Public Relations wing tweeted, "News circulating in Indian electronic and social media claiming additional deployment of Pakistan Army troops along #LOC in GB and alleged use of Skardu Airbase by #China is false, irresponsible and far from truth." The ISPR Twitter handle added, "No such movement or induction of additional forces has taken place. We also vehemently deny presence of Chinese troops in Pakistan."

On Wednesday, multiple media outlets in India reported that Pakistan had moved two divisions of soldiers to Gilgit-Baltistan, raising fears that Islamabad was coordinating with China in putting pressure on the Indian Army, which is beefing up its presence in Eastern Ladakh. On the same day, news agency ANI reported, "The Chinese Army has deployed around two divisions worth of troops (around 20,000) along the LAC in the Eastern Ladakh sector. There is another division (10,000 troops) which has been stationed by it in the Northern Xinjiang province almost a 1,000 kilometres from the front but they can be mobilised to reach our frontiers in maximum 48 hours time." The claims of collusion between Pakistan and China had even led to warnings from some commentators of a 'two-front' war scenario for the Indian military.

Since last week, there were also claims that Pakistan had allowed the Chinese Air Force to deploy fighter aircraft to its bases at Skardu and Gilgit in PoK. Both bases would help Chinese fighter aircraft reach Ladakh faster in the event of conflict than is possible from the PLAAF's existing airbases in Tibet. There were even claims that China had sent 40 J-10 fighter jets to Skardu, though satellite imagery specialists said there was no evidence to back up the claims.