OPINION: Baloch attack in Karachi shows why Pakistan is a fake nation 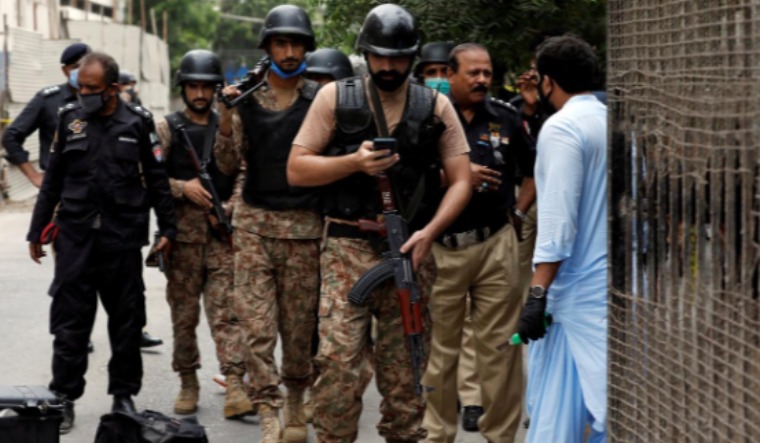 The recent attack in Karachi by Baloch freedom fighters has prompted me to write this article.

Pakistanis often demand the right to self-determination for Kashmiris. But there is a well known adage “People living in houses with glass windows should not throw stones at others”.

In my article, The truth about Pakistan, which had been published in the Pakistani newspaper The Nation, I had mentioned that Pakistan is a fake, artificial country, created on the basis of the bogus two-nation theory, and I have often said that it is bound to reunite with India.

For what is Pakistan? The original Pakistan was destroyed in 1971 by the creation of Bangladesh. Now, the rump state of Pakistan consists of Punjab, Sindh, Balochistan and Khyber Pakhtunkhwa (formerly NWFP). These were all part of India from Mughal times.

Balochistan, the largest province in Pakistan, was in fact an independent kingdom known as the Khanate of Kalat. In 1839, it was invaded by the British, but though it remained partially occupied by British troops, by a treaty in 1876 with the Khan, it was recognised as a sovereign state.

Thereafter, repeated struggles for independence were made by the Balochis, in 1948, 1963, 1968, 1973 and so on and since 2003, these are ongoing. The Pakistani Army, which is largely Punjabi dominated, has killed tens of thousands of Balochis, and thrown bodies of many from helicopters in ravines and mountains. Many atrocities on Balochis, like rape of their women, are a common occurrence. The Baloch independence struggle is ongoing, the latest incident being the attack on the Karachi Stock Exchange on Monday.

Balochis have a different culture and language from other Pakistanis, most of whom are Punjabis. Balochistan has huge natural resources in gas, coal, gold, copper, sulphur and other material, which have been handed over to the Chinese by the Pakistan government, while the Balochis are kept marginalised and poor. This has naturally bred deep resentment among the Balochis against Pakistan.

As regards Sindh, the Jeay Sind (Long live Sind) movement for an independent 'Sindhudesh' was launched by the Sindhi leader G.M. Syed, and the struggle is still going on.

The same can be said of the Pashtun people of Khyber Pakhtunkhwa. These are tribal people, who, like their Afghan counterparts, are strongly freedom loving and are hostile to the Pakistani Army, which is largely Punjabi, and is regarded as an occupying force.

So the next time, Pakistanis talk of self-determination for Kashmiris, they should look behind at the fire burning in their own backyard, which is showing no sign of subsiding and is rather threatening to turn into a conflagration.