At the tender age of 9, she performed at the London Palladium 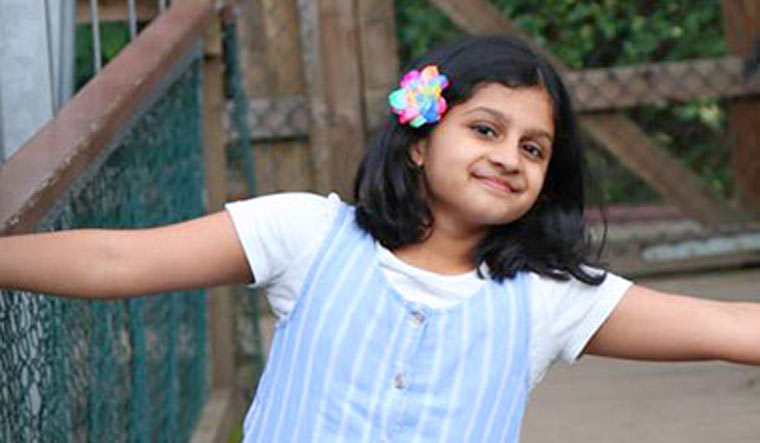 On May 23, when 10-year-old Souparnika Nair appeared for an audition in the popular UK television show Britain's Got Talent, she started off with Judy Garland's famous 'The Trolley Song'. But, judge Simon Cowell asked her to stop midway and told her to instead perform a song from 'The Greatest Showman'. The judges gushed after that performance, saying that she "nailed every note" and that this was a "mountain of a song that she conquered". The performance even earned plaudits from musical maestro A.R. Rahman. He tweeted with a video of the performance: “Nice to wake up to this.”

Souparnika, the young Indian-born music sensation in the United Kingdom, first came to the national limelight after she made a splash on the acclaimed BBC 'Big Show' hosted by comedian Michael McIntyre. But, according her father Dr Binu Nair, a medical professional with the National Health Services (NHS), her journey started much before all that.

"We emigrated to the UK in 2014. Souparnika was born in Kerala's Trivandrum. She had an interest in music from the age of two, and we realised she had a talent for it. At the age of five, with support from primary school teachers, she performed in a school talent show. Then she started learning piano formally. In the last two years, she has performed in lots of music festivals and public concerts. At the Rotary Festival in Colchester, she was deemed the singer of the year among all age groups. She has also performed at Bury St Edmunds Christmas Fayre. The Michael McIntyre show was her first television programme, and that is a milestone."

In the 'Unexpected Star' segment of the show, the class V student of the Sebert Wood Community Primary School wowed audience with her rendition of 'I dreamed a dream'. The performance was held before 2,000 people at the London Palladium.

With that performance, she had become the youngest person ever to feature on the Michael McIntyre show. Upcoming artists are given an opportunity to take part in the 'Unexpected Star' segment once a year. Popular singers, comedians and stars are invited as guests to the show. Nominations to the show are kept a secret and the artists are not informed until much later. According to Entertainment Daily, during the episode, Michael first took on the guise of Kenny, a children's career advisor, who was trying to help Souparnika choose between becoming a doctor, scientist, dancer or singer. He then peeled back his disguise to surprise Souparnika and invited her to sing at the London Palladium at the end of the show.

Souparnika understands she is very fortunate to get these chances, says Binu. "She is continuing to work hard. When she showed natural talent in Western music, we decided to promote that. Music lessons are continuing, and she wants to be a professional musician travelling around the world. Nobody knows the immediate future of Britain's Got Talent because of the coronavirus and its uncertainties, but she is focusing on learning new genres and songs. She is still very young, and she wants to develop her music skills."

She resides with her parents Dr Binu and Ranjitha at Bury St Edmunds, Suffolk county. Souparnika went viral on social media with her rendition of Vande Mataram on the occasion of the Independence Day when she was just six years old. She has her own YouTube channel, a Facebook page, and she is very active on the social media platform.