OPINION: Will the death of Sajid Hussain be Pakistan’s Khashoggi moment?

Journalists and activists who cover Balochistan are often threatened or murdered 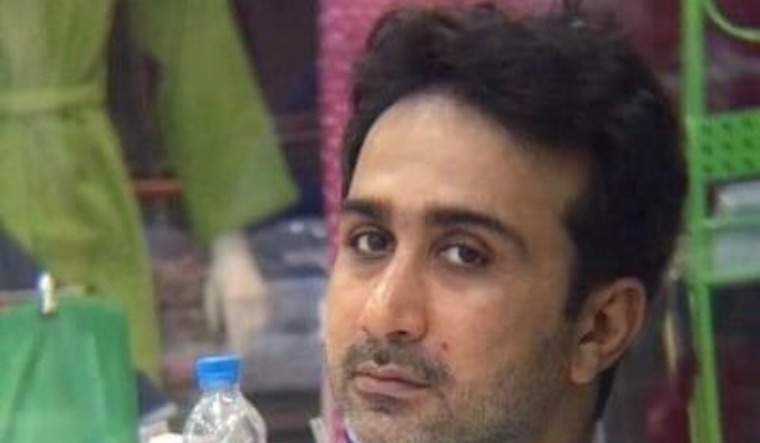 On April 30, Swedish police informed the family of exiled journalist Sajid Hussain, who had been missing since March 2, that his dead body had been recovered from the Fyris river in Uppsala. He leaves behind an extended family including his wife and two children.

Sajid, 39, had started his career with Daily Times and The News International, two reputed dailies in Pakistan, and went on to write for a number of the big international media outlets. He fled Pakistan in 2012 after his reporting on enforced disappearances and human rights violations in Balochistan resulted in Pakistan’s police raiding his house and interrogating his family. He also received death threats.

Since 2017, he lived in Sweden as a refugee, receiving political asylum in 2019. He was the chief editor of the Balochistan Times, an online portal focused on Balochistan.

Swedish police spokesman Jonas Eronen told The Guardian that a crime could not be completely ruled out but also said that Sajid’s death could equally have been an accident or suicide. “The autopsy has dispelled some of the suspicion that he was the victim of a crime,” he said.

However, Erik Halkjaer, head of the Swedish branch of Reporters without Borders (RSF) says, “As long as a crime cannot be excluded, there remains the risk that his death is linked to his work as a journalist.”

According to RSF, “Sajid’s controversial profile meant it could not be ruled out that he had been abducted and killed at the behest of a Pakistani intelligence agency.”

Why was he targeted?

Sajid Hussain was the first journalist to write against the China-Pakistan Economic Corridor (CPEC), the Pakistani leg of China’s Belt and Road Initiative (BRI) that cuts through Balochistan. He wrote about it in prominent international publications and also co-authored articles on it with foreign journalists. That probably put him under the spotlight and became a bone of contention with Pakistan. Drug trafficking and missing persons are the other areas of his work. It is also rumoured that he was working on a human rights report just when he disappeared.

Balochistan is a no-go area for international media. Declan Walsh, who was the Islamabad-based correspondent for nine years with The Guardian and The New York Times, was in 2013 asked to leave Pakistan within 72 hours due to his "undesirable activities” of reporting on Balochistan. New York Times reporter Carlotta Gall was assaulted and detained by Pakistani officials in 2006 for "being in Quetta without permission" after a report she did in Quetta. In 2014, British journalist Willem Marx was banned from entering Pakistan to attend the Lahore Literary Festival after the publication of his book Balochistan: At a Crossroads.

After senior Pakistani journalist Hamid Mir was shot at, he said that Pakistan’s intelligence agency ISI officials were unhappy about him hosting Mama Qadir on his talk show to talk about the protest march over missing Baloch persons. Activist Sabeen Mahmud was shot dead after organising a talk on Balochistan with Mama Qadeer, Banuk Farzana Baloch and Mir Mohammad Ali Talpur at her bookshop in Karachi.

According to a friend, he was with Carlotta Gall when she was detained. On sighting people in uniform, she asked Sajid to leave as he might get into trouble. She knew that she was a foreigner and that Pakistan would not dare to kill her. Sajid’s house was raided at the same moment and his laptop was taken away and his family members interrogated. Sajid had continued his journalism from abroad. He moved to the United Arab Emirates, Oman and then to Uganda before settling in Sweden.

Sajid is the nephew of slain senior Baloch nationalist leader Shaheed Ghulam Mohammed Baloch. Baloch National Movement (BNM) President Ghulam Mohammad Baloch, Lala Munir, also of the BNM, and Sher Mohammad Baloch of the Baloch Republican Party (BRP) were all picked up from the chamber of their Advocate, Kachkol Ali in Turbat on April 3, 2009. That day, the Anti-Terrorism Court (ATC) Turbat had dismissed all charges against them. They were then “killed and dumped” (the famous Musharraf policy) 40 km away in the mountains. This incident was the second big trigger after the assassination of Nawab Akbar Bugti that led Baloch nationalists and guerillas to dig in their heels against Pakistan.

It is very tragic that some of his friends and most of his family died in unnatural circumstances. Sajid was a member of the Baloch Students Organisation (BSO). Two of his classmates, Hakeem and Faisal (also BSO members) worked in the US consulate in Karachi. They were also found dead in unnatural circumstances— Hakeem was poisoned while Faisal died in a targeted killing. Many of his family members did not have a natural death either. His maternal uncle Yusuf and his cousin Asif were picked up by the agencies in Karachi. A brother of Asif was killed by death squads in Mand. Zahid, a close relative, was killed one week back.

Senior journalist Gul Bukhari, a British-Pakistani citizen, has been repeatedly harassed. She was kidnapped by masked men in Lahore’s army-controlled cantonment area and freed several hours later. This February, Pakistan’s Federal Investigation Agency (FIA) issued a statement demanding that Gul Bukhari, based in the United Kingdom, appear in Pakistan for “questioning” about her “alleged online propaganda against the government” within 30 days failing which the FIA the agency would file terrorism charges against her. This wasn’t all. Pakistani army threatened to kill her son according to a tweet by her on February 16.

According to CPJ (the Committee to Protect Journalists), on February 2, Pakistani dissident and human right activist Ahmad Waqass Goraya was punched by men waiting outside his home in the Netherlands, which he blamed on Pakistani state agents, as per what he told CPJ via a messaging app. Ahmad told CPJ that he suffered light injuries, and described the incident—where he was attacked by one man, filmed by another—as similar to previous attacks on Pakistani critics in exile.

Exiled journalist Taha Siddiqui wrote in a Washington Post op-ed last year that he and other dissidents had been warned by U.S. officials of potential attacks against them. Waqass Goraya said he received a similar warning in 2018 from U.S. officials. Taha himself wrote about having survived an assassination attempt in Islamabad and of feeling afraid every time he stepped out in public.

Through intimidation and squeezing media houses financially, Pakistan is engaging in censorship but without sharing the blame for it. Dissidents are also being silenced through these tactics. Some Baloch nationalists I spoke to who are in exile in Europe are troubled—as they see the murder as an act of sending a message to them. Baloch activists in Germany have received threats in the past and Hammal Haidar, International Representative of BNM, was stabbed in an attack in the UK.

Does facilitating a deal with the Taliban mean that Pakistan can kill with impunity anywhere they please?

Aveek Sen is an independent journalist working on cybersecurity and the geopolitics of India’s neighbourhood, focusing on Pakistan, Afghanistan, Iran, and Bangladesh. Follow him on Twitter @aveeksen