Yassin had also served as deputy PM under Najib Razak 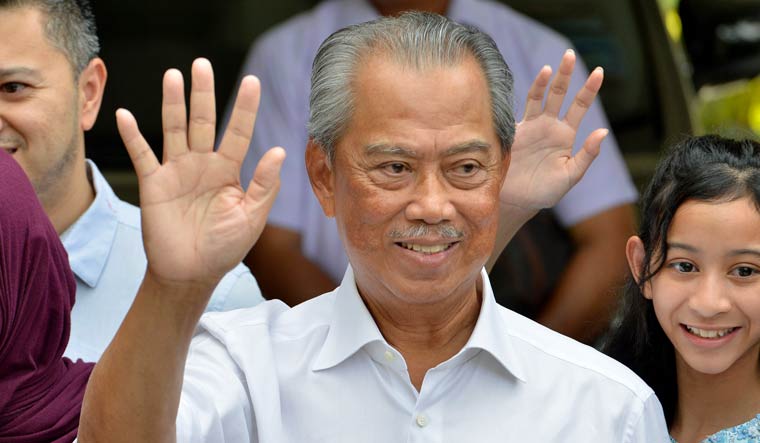 Mahathir Mohamad announced that he is stepping down from the position of the prime minister on February 24. Along with resigning from the post of the prime minister, he also resigned from his political party, the Malaysian United Indigenous Party. Soon after Mahathir's resignation, his political party quit the ruling coalition, sending the government into a state of turmoil. Mahathir was asked to remain interim PM by the king until a replacement was appointed.

Allies of Mahathir, some renegade members of Anwar's People's Justice Party (PKR), and several other Parliament members, including those from the opposition, United Malays National Organisation held talks on Sunday at a location on the outskirts of the country's capital Kuala Lumpur. This fuelled speculation of an imminent collapse of the coalition government.

Muhyiddin will be sworn in Sunday, the palace said.