India, Iran call for immediate end to all support to terror sanctuaries

This is in an apparent reference to Pakistan 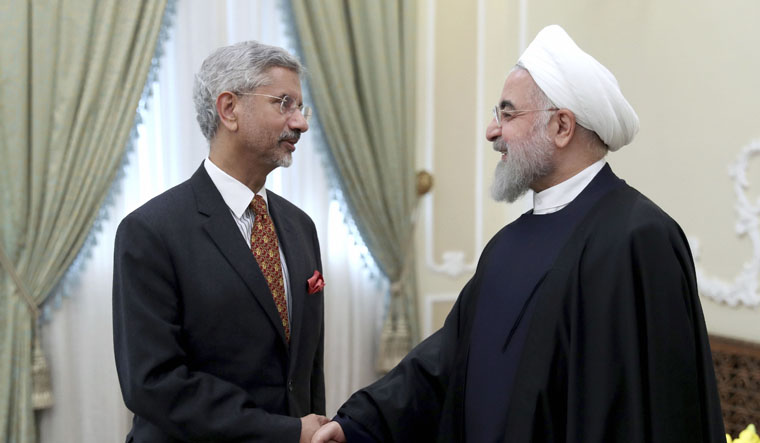 Voicing concern over the grave threat posed by terrorism, India and Iran have jointly called for an immediate end to all support to terror sanctuaries.

A statement issued by the Ministry of External Affairs on Monday said that during the 19th India-Iran Joint Commission Meeting in Tehran "both sides shared concerns at the grave threat posed by terrorism and called for immediate end to all support to terror sanctuaries".

"They agreed that state aid, abetment and support to terrorism should be condemned," it said, in an apparent reference to Pakistan.

India and Afghanistan accuse Pakistan of providing safe haven to the Afghan Taliban, the Haqqani network and other militant groups, which carry out attacks in the two countries.

The IRGC accused Pakistan of turning a blind eye to Jaish al-Adl terror group, which claimed responsibility for the attack. The IRGC Commander said that the group had sanctuaries on Pakistani soil and warned that Iran would retaliate against the terrorist group if Pakistan did not act.

"Both sides expressed support for efforts to maintain peace, security and stability in the region," the statement said.

During the Joint Commission meeting on Sunday, India and Iran agreed to accelerate work on the strategic Chabahar project.

The Chabahar port—jointly being developed by India, Iran and Afghanistan—is considered a gateway to golden opportunities for trade with central Asian nations by the three countries. It is located on the Indian Ocean in the Sistan and Baluchestan province of Iran.

The port on the energy-rich nation's southern coast is easily accessible from India's western coast and is increasingly seen as a counter to Pakistan's Gwadar Port, which is being developed with Chinese investment and is located at distance of around 80-km from Chabahar.