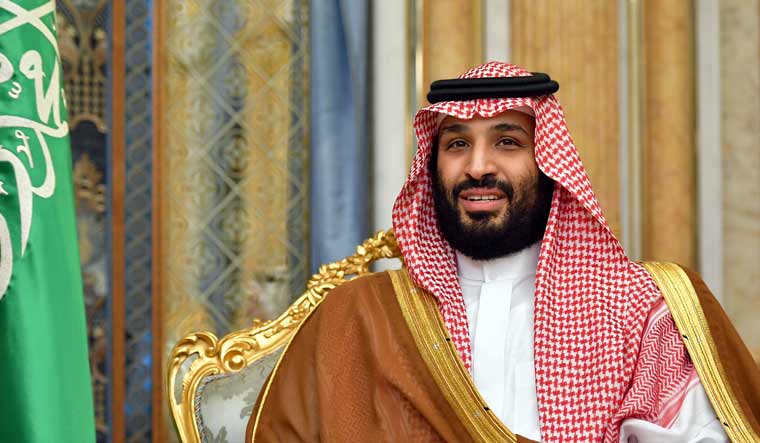 In a PBS documentary to be aired next month, Saudi Arabia's Crown Prince Mohammed bin Salman says that he bears responsibility for the killing of journalist Jamal Khashoggi, “because it happened under my watch.”

The statement comes two days after numerous protestors demanded justice for the Saudi journalist who was killed in Istanbul. The protestors crashed an event hosted by the Crown Prince in New York. Placards that read 'Justice for Jamal' were waved around, right outside the venue, close to his first death anniversary on October 2.

The Crown Prince and the Kingdom, that received much flak post dissident Kashoggi's murder at a Saudi Consulate in Istanbul, has not spoken publicly about the killing. The CIA and a few Western nations have implied that Mohammed bin Salman ordered the murder. The death sparked global outrage. And all the while, Saudi officials have maintained that the prince had no role.

The controversy, however, did some damage to the prince's image and his ambitions to diversify the economy of the world's top oil exporter and open up cloistered Saudi society.

Khashoggi, a columnist with the Washington Post was a royal insider who became an outspoken critic. Saudi officials have blamed the narratives on rogue operatives. The then deputy intelligence chief had ordered the repatriation of Khashoggi, but the lead negotiator ordered him killed after discussions for his return failed. Saud al-Qahtani, a former top royal adviser allegedly gave orders over Skype to the killers and briefed the hit team on Khashoggi's activities before the operation. When asked how the killing could happen without him knowing about it, documentary filmmaker Martin Smith quotes Prince Mohammed as saying, “We have 20 million people. We have 3 million government employees.” A UN report has called for Prince Mohammed and other senior Saudi officials to be investigated.

Jamal Khashoggi, after being killed was allegedly dismembered. His remains are yet to be found.