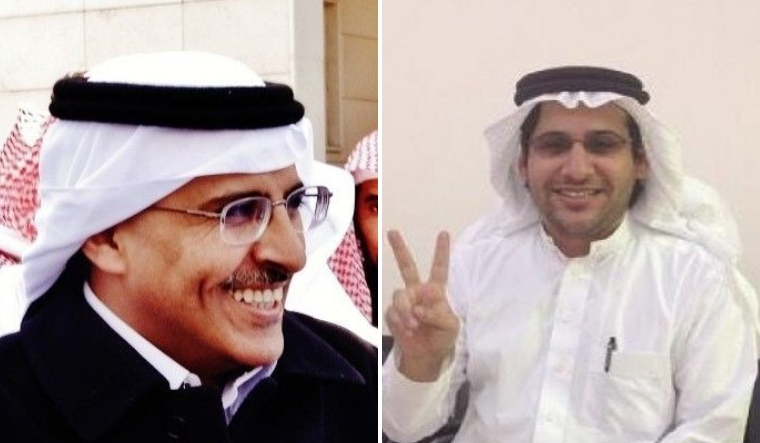 When advocating for basic human rights becomes dissent, stronger voices continue to rise in the hope that they will one day be heard. In an honour for such visionaries, on September 24, the Right Livelihood Award—known as the Alternative Nobel—was awarded to three jailed Saudi human rights activists—Mohammad al-Qahtani, Waleed Abu al-Khair and Abdullah al-Hamid—and two anti-corruption crusaders from Latin America.

The Saudi activists were chosen for 'their visionary and courageous efforts, guided by universal human rights principles, to reform the totalitarian political system in Saudi Arabia.' Mohammad al-Qahtani and Adullah al-Hamid have been active participants of Saudi Civil and Political Rights Association (ACPRA). Waleed, a lawyer and activist, was detained because he defended Samar Badawi and her blogger brother, Raif Badawi. Raif Badawi was a human rights activist who criticised the Saudi monarchy in his blog. For this, he was sentenced to 10 years imprisonment and 1,000 lashes.

“I really cannot thank the Right of Livelihood enough for honouring my husband and his friends. It helps to shed light on their courage for standing in the face of oppression and gives hope to others who are fighting,” Maha al-Qahtani, wife of Mohammad al-Qahtani, told THE WEEK. “What my family and I went through after my husband's arrest, could happen to anyone who believed in change and the right of their own people,” she said. Life has not been easy for Maha since Mohammad's arrest in 2013. “I was a student when he was arrested. I immediately took on the role of mother and father to my kids. When Mohammad was arrested, four of my children were teenagers and one was a baby—Layla. I try very hard to cheer them up. I have told them that they have to be patient and focus on their education and that their father knows best what to do.”

Layla, who will turn six on November 12, does not understand why her father cannot come home. “It is very hard for me to tell her that he is in prison. I have told her that he is very brave, and is outspoken and that is why the government will not let him come to us. When she speaks to him over the phone, she asks him every time when he can come home. 'I want see you,' she tells him,” Maha said.

Daniel Arshack, Waleed Abu al-Khair's attorney, also spoke to THE WEEK on the case and the way ahead.

As per a report in 2014, Waleed was not being treated as an innocent dissident, he was being denied food. What is the status of prison conditions now?

I believe that his conditions in prison improved after he went on a hunger strike. He was finally given some access to the Quran. Waleed has medical issues, including diabetes, that are not being adequately addressed. He has no access to newspapers and his mail and his right to visits are severely limited. Even I, as his lawyer, have been denied access to see him. 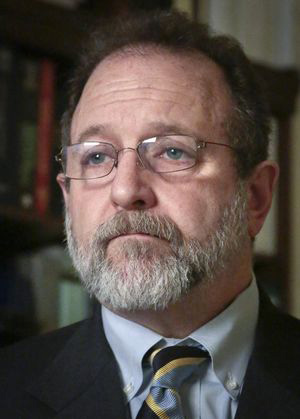 Last heard in 2016, Samar Badawi was arrested. What is the status on possible freedom of the detainees including Samar, Raif Badawi and Waleed.

In 2016, Waleed’s former wife, Samar Badawi, was arrested for public advocacy of women’s rights and then released and a travel ban was placed against her. Then on July 30, 2018, she was arrested and imprisoned again and she continues to be detained based on her asking for equal rights for women in Saudi Arabia. Waleed was Samar’s lawyer before they were married, when she was arrested for disobeying her father. Later Waleed represented Samar’s brother, Raif Badawi, also an outspoken critic of the dictatorship who called for the establishment of a constitutional monarchy and was sentenced to 10 years in prison and 1,000 lashes.

There is no process to even try to obtain the release of the activists. The brave men and women who had the courage to speak truth to power by calling for freedom in Saudi Arabia and who have been jailed without reason, will never take back their call for freedom. The world learned of the power of that call for freedom when the repressive government in South Africa was brought to its knees by one man in prison and the global community which strangled the ability of South Africa to operate in the world economic community. Saudi Arabia is a dictatorship. The rule of law does not exist. All that remains is to rely on the economic pressure of the world community to demand that Saudi Arabia become a civilised society that recognises the value of freedom. As long as Saudi Arabia is permitted to participate in the civilised world’s economic activity by buying the silence of its trading partners, particularly the United States, it will continue to act with impunity and its trading partners will continue to be complicit in the heinous human rights violations which have occurred daily in the Saudi dictatorship.

With the young prince Mohammed bin Salman at the helm, do you think things will be different? Do you see hope for the three detainees?

No. The young prince has demonstrated his complete disregard for human rights. Non-violent activists throughout the country have been systematically rounded up and jailed and bizarrely charged with terrorism. Some are facing death penalty for calling for free speech rights and equality for women. The only thing that will make things different is when countries, as Sweden did, refuse to sell goods to Saudi Arabia and refuse to buy their oil. The dictator understands money and nothing else.

The situation in Saudi is still quite bleak when it comes to exercising personal freedom—journalists are still not allowed to operate independently, women are still denied certain rights. Even openly discussing about freedom or rights can get you in trouble with the religious police. Your take.

With the range of human rights abuses taking place around the world, Saudi Arabia is hoping that they will fall out of the spotlight and that their vast amount of oil wealth will buy them a place at the table of civilised nations. They do not belong at that table. They should be shunned by civilised nations. The media needs to keep the Saudi dictator’s atrocities in the spotlight. And people who care about human rights around the world need to demand of their legislators and leaders that they stop being complicit in Saudi’s violations of basic human rights by ending their financial support of that corrupt dictatorship.