18 years after 9/11: Have we said goodbye to being carefree?

It would be nice to have a few more of those carefree days, reminisces an American 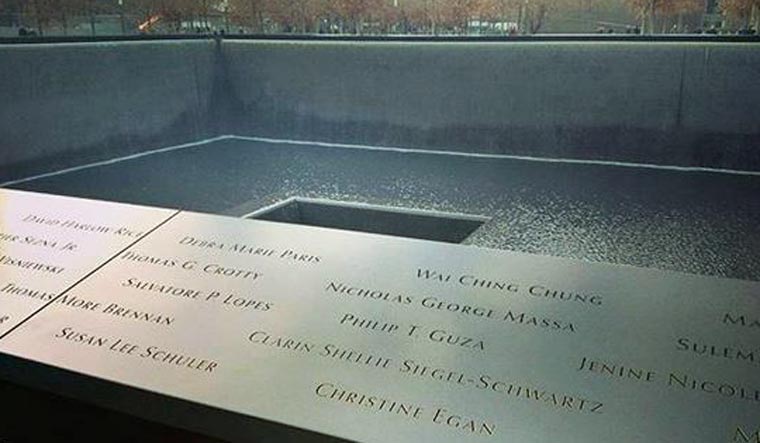 Where were you? What were you doing? Were you still asleep? Did you know anyone?

For days, weeks and months after September 11, 2001, these were questions Americans asked in the wake of one of the most deadly attack's ever carried out on American soil.

I was in Los Angeles. It was early morning on the west coast. A friend who rises early to watch the news called and told me to turn on the television. Something bad was happening in New York City.

Turning the television on, I took in as much information as I could. News cameras were on the World Trade Center (WTC) as it billowed smoke; the first plane had already hit the north tower. Reporters were commenting over the live camera footage. It was confusing to me and millions of other viewers now tuning in as the news quickly spread.

Then a second plane flew into the south tower. My brain didn’t know how to process what it had just seen. America had never been under attack at this scale in my generation. At 23, I didn’t have a frame of reference, no visual comparisons to make with massive buildings on fire inside the boundaries of my own country. This was all new... and terrifying.

Soon there was footage and news of the Pentagon being hit. Then, reports that a fourth hijacked plane was being tracked on the east coast near Pennslyvania. Later, reports that that plane had crashed in Pennsylvania. It was a blur of horrible events one after the other. News outlets scrambled to keep up with it all while I stood in front of my television, frozen and scared.

My brain then caught up to speed and the morning got worse. I remembered that a dear friend Tammy worked at WTC. She’d just taught me all about the buildings the week before, during our joint vacation in Carmel, California. Along with our friend Dave, Tammy and I had spent three care-free days touring Carmel, Monterey and Big Sur, posing for all sorts of funny pictures of the three of us for Tammy’s film camera; photos she promised to get developed at the photo studio at the basement of her office building in New York. My stomach sank.

From Los Angeles, I dialled Tammy’s cell phone number countless times. No calls were getting through. I watched more news. Some time passed. My phone rang. It was my brother, asking if I’d heard from our sister, Megan, who was holidaying in New York City. She was staying in the financial district, he told me, and no one had heard from her. My stomach sank lower.

Time slowed down. For the rest of that Tuesday, I moved through my apartment as if walking through molasses. Helpless, powerless and in shock, I was glued to the television watching the news. The towers crumbled. Ghostly people emerged from clouds of white ash. The smoking hole in the Pentagon. The scorched earth crash site in Pennsylvania. These are all iconic images now, eighteen years later, but at the time they were just a few of the thousands of images on the television that I watched, wondering if my friend and sister were somewhere in those devastating shots.

Tuesday night my phone rang. My stomach tensed. The bad news was on the other end, I just knew it. It was Tammy, rattled but safe, with little time to talk. Inexpressible relief briefly washed over me. Then I began to worry about Megan again.

The phone rang. Same tenseness. It was my brother this time. He reported Megan had gotten a call through to our mom. She was safe. The relief returned but again, only briefly.

Between all four coordinated attacks, 2,996 people died that day. 6,000 were injured. The fall out of the attacks included a US-lead ‘war on terror’ that began in Afghanistan and continues today, an economic downturn that lasted almost a decade and the questionable invasion of Iraq in 2005. Global turmoil and hostility continued throughout the 2000s, with some respite during the Obama presidency.

At the time, the attacks reframed how the United States was perceived internationally, forging greater bonds between the US and our allies. America itself came together, our country uniting for a time to comfort and console one another before compassion and empathy became political and divisive. We came together to offer relief, even if it was temporary.

Almost two decades later I think it’s safe to say we’re still recovering from 9/11. Osama bin Laden, the mastermind behind the plot, was finally killed in Pakistan in 2011 while President Obama was in office. There was some closure in that. Chronically sick firemen and women policemen and women, plus workers who acted as first responders and crew at the World Trade Center, had received funding to cover illnesses and diseases caused by exposure to toxic materials during the rescue and clean-up of WTC only two months ago. There is some closure in that. Definitely justice. But certainly not relief.

Since September 11, I don’t know what to make of American foreign policy. It seems erratic and tied to political motivations as opposed to what’s in our nation’s best interest or might better provide some stability on the global stage. I do know that this volatility is as exhausting today as it has been for the last two decades. It wears down my ability to have a carefree day. It would be nice to have a few more of those.

On the anniversary of September 11th, I’ll do what I’ve done every year since 2002. I call Tammy’s cell phone and leave a voicemail. She is kind enough not to answer, letting this little ritual play out. I drop a message telling her how much I love her and how grateful I am she survived that Tuesday morning, many years ago. After I hang up, I always think about those photos we took in Carmel, about how they are buried forever beneath the ghost of WTC’s south tower. I would have liked to see them, to see us 18 years ago, the last of our carefree days.


Shauna Heller is a businesswomen who specialises in virtual reality and writer, based in Los Angeles, US