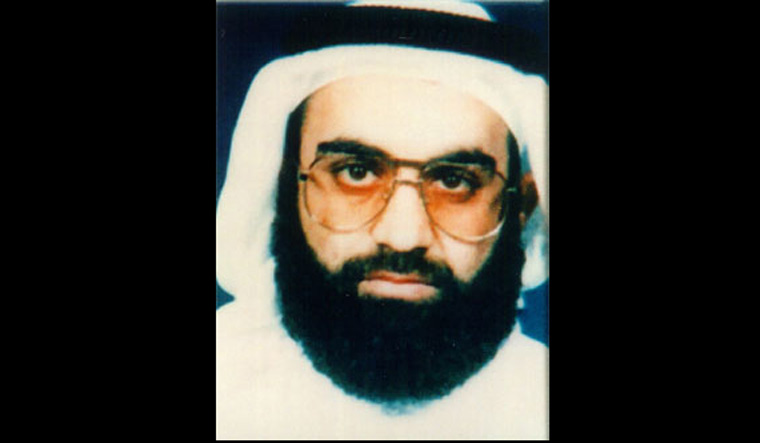 An FBI photo of Khalid Sheikh Mohammed from 2001

Khalid Sheikh Mohammed was first picked up by the CIA in the city of Rawalpindi, Pakistan, after a joint operation by the US agency and Pakistan’s ISI in 2003. He was then moved to overseas prison ‘black sites’ in Afghanistan, Poland and finally, Guantanamo Bay.

In 2004, the 9/11 Commission Report named him “the principal architect of the 9/11 attacks”. But, at Guantanamo in 2007, he also confessed to having masterminded the 1993 World Trade Centre bombing that killed six, the failed 2001 shoe bombing attempt, the 2002 Bali night club bombings that killed 202 and the murder of Daniel Pearl in the same year.

In addition, he confessed to having plotted to assassinate a list of figures including Pope John Paul II, former US Presidents Bill Clinton and Jimmy Carter, and former Pakistani president Pervez Musharraf.

The next year, Sheikh Mohammed was charged with war crimes, terrorism, and 2,973 counts of murder (all the deaths from the 9/11 attacks). For him and the four others accused of plotting the 9/11 attacks, the US government has sought the death penalty.

Now, 12 years after his infamous confession — which drew criticism for the alleged use of torture in getting it out of him — a military judge has set Jan 11, 2021, as the start date for his joint death-penalty trial with the four others accused of plotting the 9/11 attack. The trial will take place at Guantanamo Bay itself. This is the first time that a start-date has been set for the death penalty trial since Sheikh Mohammad was arraigned by a military court in 2012.

The long-wound trial of Sheikh Mohammed has taken place amidst several changes to and scrutiny over the US legal system. Prisoners like Sheikh Mohammed and the others who end up in Guantanamo Bay were at once treated as aliens and as enemy combatants, lacking the rights of Americans, but also lacking the legal ability to do anything about it.

In 2008, Boumediene v. Bush established that such prisoners would also be entitled to habeas corpus rights, and put to question the legalities of processes that were used on many prisoners in the early days of the War on Terror.

In 2009, a government memo was released that showed that Sheikh Mohammed had been waterboarded 183 times in a single month in 2003. The Obama administration stopped their prosecution under a military court with plans to move it to civilian court. However, this decision was overturned two years later, with their trial fixed for a military court with several more protections.

In 2012, the Senate Intelligence Committee report on CIA Torture was released, revealing troves of details about the CIA's use of torture and its 'Rendition, Detention and Interrogation' network of secret prisons — one of whose prisoners was Sheikh Mohammed.

While the study and capture of Sheikh Mohammed has led to many questions being raised over the extra-legal use of torture by the CIA, Sheikh Mohammed himself has confessed numerous times since 2002, and he was linked to every other person involved in the attacks. As recently as 2012, he has expressed no remorse for his actions.

Nonetheless, on August 20, a military judge in the case of United States of America vs Khalid Shaikh Mohammad, Walid Muhammad Salih, Mubarak Bin ‘Attash, Ali Abdul Aziz Ail, Mustafa Ahmed Adam and Al Hawsawi ruled that the statements given by Sheikh Mohammed to the FBI following his detention and under torture would be thrown out.

In July of 2019, Sheikh Khalid expressed his willingness to assist a civil lawsuit against Saudi Arabia by the families of 9/11 victims, on condition that the death penalty against him be dropped.

His death penalty trial, along with that of the four others convicted in the case, was part of a 10-page trial scheduling order according to the New York Times. The order includes several deadlines to be met towards the trial date, with a timetable including a list of materials that prosecuters must provide the legal defence team with by October 1.