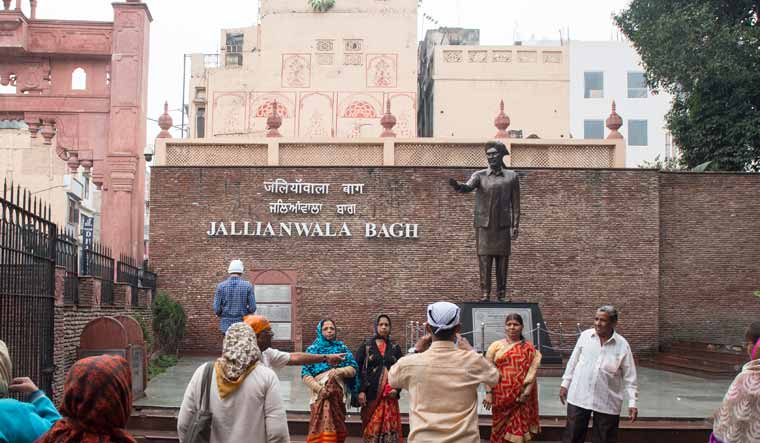 Archbishop of Canterbury Revd Justin Welby on Sunday said he would make a statement on the "dreadful" Jallianwala Bagh massacre when he visits Amritsar, but insisted that it should not be "pre-empted".

Welby, who was in the city as part of his 10-day India tour, said he will travel to Jalliwanwala Bagh in Punjab on Tuesday.

"... I did make a statement on the anniversary of this dreadful massacre... I will make another statement on Tuesday. I think it is important that is not pre-empted," he told reporters at the Bishop's House.

On the 100th anniversary of the tragedy in April, the Archbishop of Canterbury had said in a tweet that "as British people, we can't avoid this shameful part of our colonial legacy".

Welby said that being a religious leader, he had no political authority to offer anything on behalf of the UK or its government.

"I cannot speak for the British government or the United Kingdom... So what I would be saying will be in my capacity as a religious leader," the head of the Anglican Communion said.

The massacre took place at Jallianwala Bagh in Amritsar during the Baisakhi festival on April 13, 1919 when the British Indian Army under the command of Colonel Reginald Dyer opened fire at a crowd staging a pro-independence demonstration, leaving scores dead.