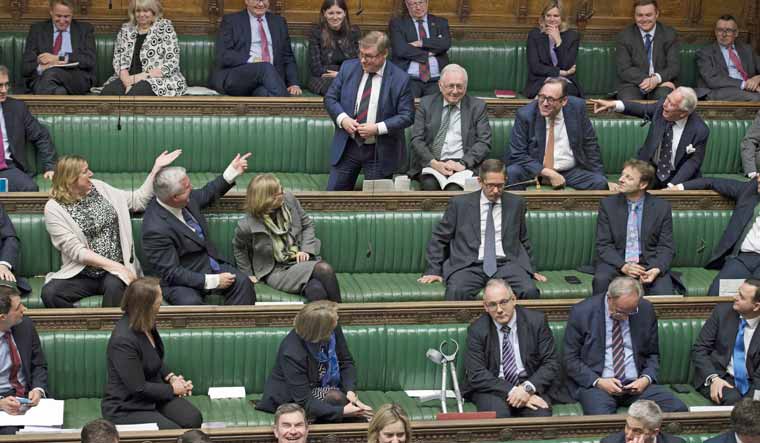 The failure of the UK government to tender a formal apology on the centenary of the Jallianwala Bagh massacre was the overwhelming focus of a commemorative event held at the House of Lords complex in London on Saturday.

The massacre took place at Jallianwala Bagh in Amritsar during the Baisakhi festival on April 13, 1919, when troops of the British Indian Army under the command of Colonel Reginald Dyer opened fire at a crowd of people holding a pro-independence demonstration, leaving scores dead.

Indian-origin peers Lord Raj Loomba and Lord Meghnad Desai were joined by fellow members of the Jallianwala Bagh Centenary Commemoration Committee (JBCCC) to wrap up a series of events and exhibitions held in the UK to mark the 100th anniversary of the British colonial era massacre.

"The Jallianwala Bagh massacre of April 13, 1919, stands out as a very tragic event in history. Hundred years since then, India has come a long way and this why we have heard various mutterings of regret because ultimately India is now a power to reckon with," said Lord Desai.

"I do not understand why the British government has not to this day agreed to say sorry," said Lord Loomba, who also called for an investigation into whether Colonel Dyer instigated the "huge atrocity" of his own accord or was following orders from higher authorities during the British Raj.

The commemorative event included a screening of a short clip from Richard Attenborough's 1982 epic 'Gandhi', re-enacting the fateful day. Unofficial estimates put the death toll into thousands, with the incident being described as a turning point in the Indian national movement.

"The pain remains etched in the memory of Punjabi people. An apology will not bring back the dead or give any real comfort to their family and friends. However, it will help to mitigate the pain and bring closure to us all," said Manjit Singh GK, Patron-in-Chief of the JBCCC.

"An apology cannot undo what has been done but it would be a befitting tribute to the martyrs of the Jallianwala Bagh massacre. We on behalf of the JBCCC, strongly demand that the British government tender an official apology," said Vikramjit Singh Sahney, Patron of JBCC.

"Pain and hurt do not have prescribed end dates. It is time to recognise that and for the British government to ask for forgiveness with an unreserved apology," added JBCC chair Balbir Singh Kakar.

Earlier this week, British Prime Minister Theresa May had expressed deep regret over the tragedy in a statement in the House of Commons to mark the 100th anniversary of the tragedy, which she described as a "shameful scar" on British Indian history. However, the government has been criticised for not going far enough to make a formal apology, with the Opposition Labour Party demanding a "full, clear and unequivocal apology".

"The Jallianwala Bagh massacre shook the very soul of a nation. It will be a long while before it fades away. History will keep reminding successive future generations about it," Indian High Commissioner to the UK Ruchi Ghanashyam said in her address at the event.

Indian-origin peer, Lord Jitesh Gadhia, stressed the importance of the tragedy forming part of a compulsory "warts and all" colonial history curriculum to be taught across all British schools.

The programme in the House of Lords complex marked a culmination of events being held across the UK to mark the centenary of the massacre.

The events included an exhibition titled 'Jallianwala Bagh 1919: Punjab under Siege' at Manchester Museum in partnership with Amritsar's Partition Museum, and a number of book launches on the subject historian Kim Wagner's Jallianwala Bagh', Saurav Dutt's Garden of Bullets' and journalist Anita Anand's The Patient Assassin' tracing the lead up to the massacre as well as its aftermath.

British Indian journalist Sathnam Sanghera also added to the widespread calls for an apology as part of a critically-acclaimed documentary, The Massacre that Shook the Empire', aired in the UK on Saturday night.

The issue also found prominence in the UK parliamentary agenda in recent months, as both the House of Lords and Commons held debates in the lead up to the anniversary.