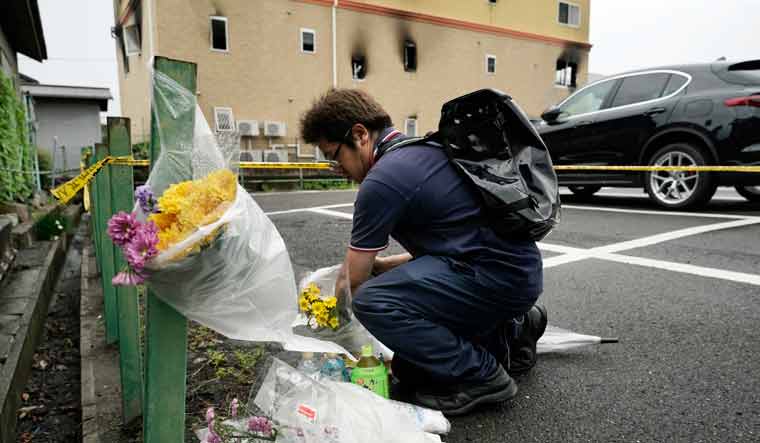 In what is being called one of the worst mass killings in Japan in nearly 20 years, 33 people have been reported dead. Kyoto Animation, an anime studio in Japan, was set on fire by a person who was annoyed with the company for plagiarising his work. He apparently shouted “die,” before pouring petrol on the building and setting it ablaze.

More grim details are beginning to emerge from the fire incident that has grieved fans of anime. Close to 20 bodies were found piled on the staircase, according to fire-fighting officials. 11 were found on the second floor and two on the ground floor. Many people jumped out of second and third floor windows and suffered bone injuries.

Local residents say they heard an explosion-like sound when the fire started.

Kyoto Animation has great influence in the industry. Also known as KyoAni, the studio was founded in 1981 and the company's philosophy included 'promoting the growth of people'. Anime has been a pillar of Japanese pop culture and a major cultural export, winning fans around the world.

Kazuko Yoshida, 78, said she lived close to the site and had smelt smoke on Thursday.

From her second-floor window, she saw smoke and helicopters. “I wonder why the company was targeted, why those people had to be caught up in this. It sounds like the man who did it wanted to die,” she said. Henderson from Alabama in US, heard about attack while on a visit to Kyoto and came to pay his respects.

Henderson, who wants to work in Japan as an English teacher. “I love Japan so much and this one incident won't change my entire perspective on Japan, but it still hurts.”